Over the years, Maruti Suzuki Ertiga has been a thorough success for the carmaker. Considering this, the MPV has been updated for the second generation in November 2018 after a time period of successful nine years. The latest Ertiga received a plethora of changes at the skin as well as inside the cabin.

As expected, the second generation Ertiga model has proved its metal in the private buyer segment. It is built over the fifth-generation lightweight Heartect platform which let the MPV to adapt for implied evolutionary updates while the provided features complaints to its aura.

Under the hood, the latest Ertiga gets an all-new 1.5-litre SHVS unit instead of foregoing 1.4-litre petrol engine that served for many years. In terms of sales, the latest Ertiga is registering good sales figures monthly since its debut in November last year. In March 2019, with sales of nearly 9000 units, the MPV is enjoying a monopoly in the segment and likely to continue the same in the coming future as well.

Considering such success, Maruti Suzuki has launched a new variant of Ertiga named Maruti Suzuki Tour M. The model is meant for serving the Taxi market which has grown in the past few years. The petrol-only variant of Tour M is being provided by the car maker which costs INR 7.99 lakh. 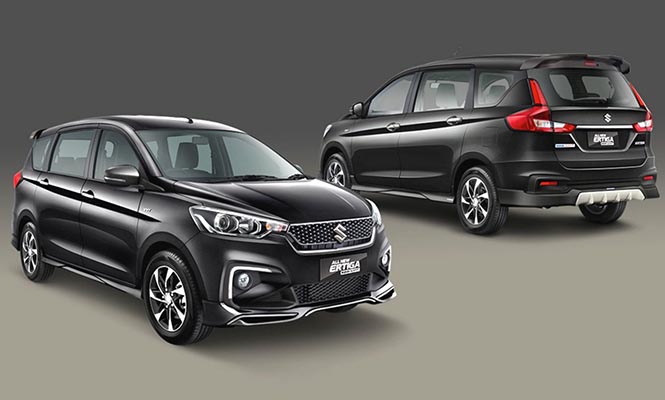 In terms of performance, the 1.5-litre four-cylinder SHVS engine continues to develop the maximum power of 104.7PS along with 138Nm of peak torque. While the transmission duties will be handled by the five-speed manual transmission.

With the Maruti Suzuki Ertiga Tour M, the cab aggregators will be well benefited as it returns the fuel economy of 18.18 kmpl and a feature packed offering considering occupants safety. All in all, it would be a low cost of ownership deal for the taxi operators.