Mini John Cooper Works has been introduced in the Indian lineup at an introductory price of INR 43.50 lakh (ex-showroom). The top-end variant of the JCW which hits the Indian shores via CBU route is INR 9.2 lakh costlier over the Cooper S model which is priced at INR 34.20 lakh.

The Mini JCW is being offered as an exclusive three-door hatchback and powering for this luxurious offering comes from the 2.0-litre, four-cylinder turbo-petrol engine. The engine which propels the Cooper S as well. However, the churned power from the unit on the Mini JCW is around 38hp and 40Nm more over the Cooper S power output, which stands at 231hp and 320Nm. The power transmission on the Mini JCW is taken care by an 8-speed automatic gearbox instead of a 7-speed dual-clutch unit of the Cooper S.

The John Cooper Works besides being bolder features an aggressive styling. It comes in 10 different colour schemes wherein there are four contrasting colour schemes for the roof and wing mirrors and four colour finishes for exterior highlights. In addition to this, 17-inch alloy wheels are standard fitment on the JCW while a special green paint scheme, 18-inch alloy wheels, adaptive Matrix LED lights, a panoramic sunroof are being offered as optional extras. 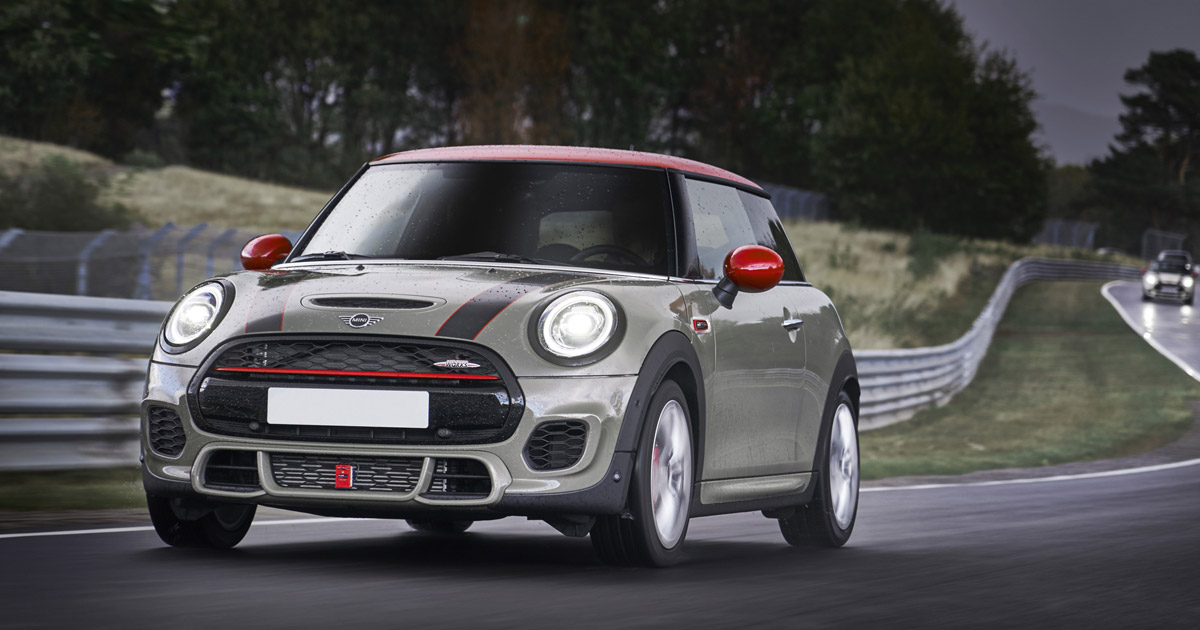 As similar to the exterior, the JCW’s interior is also sporty since it features almost optional extras of the standard Cooper S as standard. However, the features provided inside the cabin includes four themes for the upholstery, front and rear parking sensors with a reverse camera, adaptive suspension, Apple CarPlay compatibility and navigation.

In Indian lineup, the Mini Cooper range consists of models the Cooper D three-door (INR 29.90 lakhs) a lower spec model along with mid variants like the Mini Cooper S and the Cooper D five-door with pricing INR 36.00 lakh and the top end JCW variant as well. Furthermore, the Mini Convertible which is priced at INR 38.30 lakh is available with a 192hp petrol motor.