BMW, the well-known premium car manufacturing firm has unveiled its all-new BMW 5 series midsize luxury sedan at the 2017 Detroit Auto Show (NAIAS 2017). The new model is the seventh generation car of the company. It is 4,935mm long, 1,868mm wide, 1,466mm tall and has a 2,975mm long wheelbase. The sedan is 36mm longer and the wheelbase is also 7mm longer as compared to its previous version. Moreover, the width and height of the 2017 launched model are also increased by 6mm and 2mm respectively. 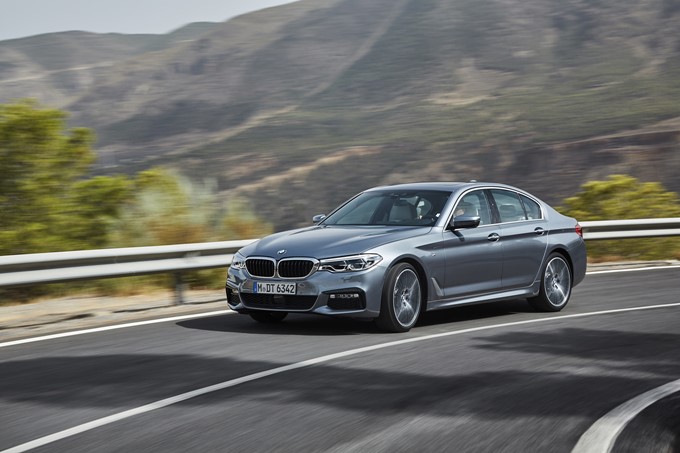 New BMW 5 series is available in both petrol and diesel variants. In which, the petrol variant is powered by a 2.0-litre turbo four pot to a 4.4-litre twin-turbo V8 engine, which is capable of churning out 455 bhp of maximum power, whereas, the diesel variant gets powered up by a 2.0-litre turbo four-cylinder with 187 bhp on tap to a 3.0-litre turbocharged straight six engine, capable of delivering a maximum power output of 261 bhp. The power gets transferred to the wheels with the help of an eight-speed automatic gearbox. 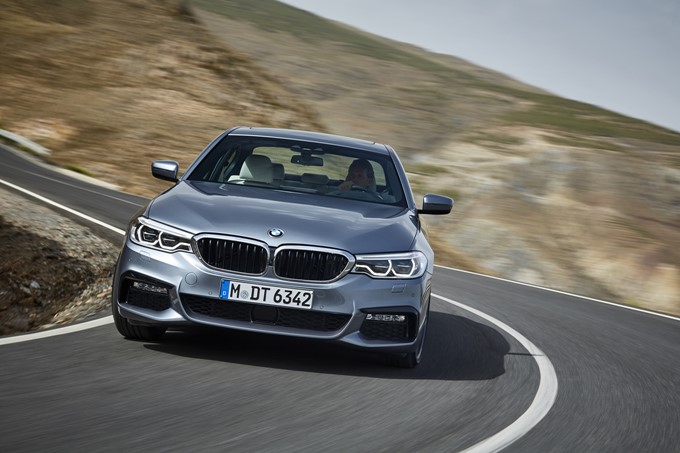 This time, the Bavarian carmaker is also providing a plug-in hybrid version of the 5 Series. The 53oe  gets powered by a 2.0-litre four-cylinder petrol engine and electric motor, which combinedly develop a maximum power of 249 bhp and 420 NM of peak torque. The 5 series will be made available in 21 different paint schemes. 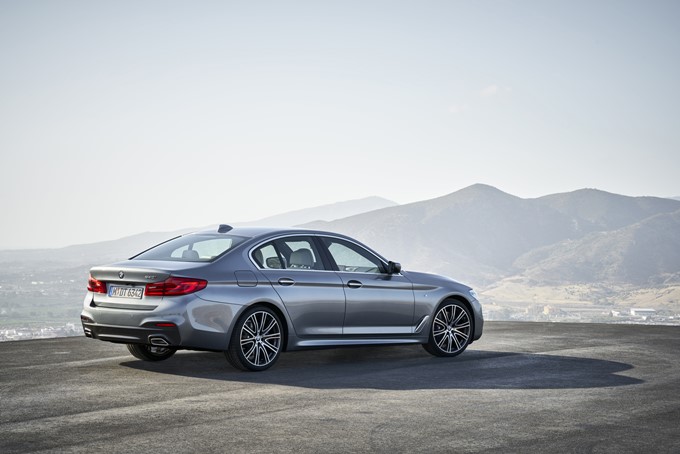 Concerning the interior, the sedan is blessed with a dashboard and a centre console design just like the 7 series. An all-new 10.25-inch touchscreen along with an availability of wireless Apple CarPlay connectivity has also been provided by the company. Apart from this the car also gets sport seats, an Anthracite headliner along Active Protection, Fatigue and Focus Alert safety features as standard. It now also comes with rear wheel steering for more sharp turns. 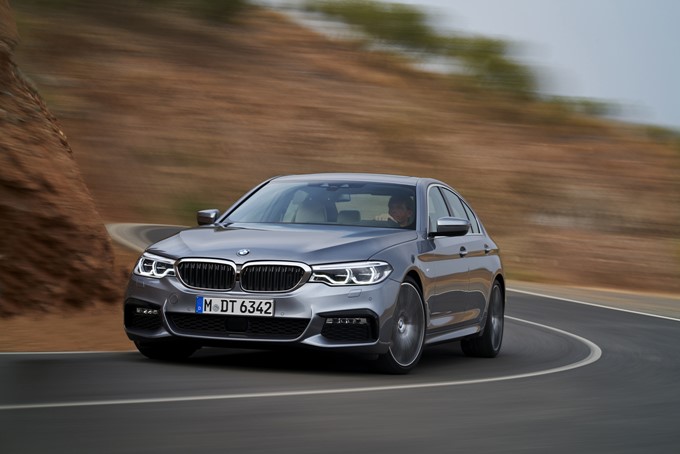 The new BMW 5 Series will be available in the US markets by February with a price tag of USD 51,200 (Rs 34.89 lakh approx) for the 53oi variant.  The Europe launch of the all-new BMW 5 Series will happen in February  2017, we can expect the luxury sedan to enter Indian shores sometime by April 2017.