Kia has showcased its sports sedan, Stinger at the ongoing 2017 North American International Auto Show (NAIAS) in Detroit. The Stinger is aiming high on the credible performance cars by the carmaker and somewhat it is succeeded in stealing the limelight of the show. 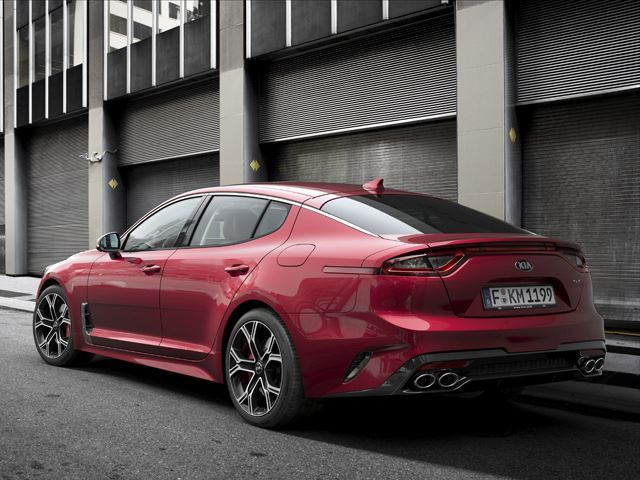 One of the major automobile events, the Detroit auto show is a significant platform for the auto manufacturers around the globe to debut their new products. And the this week’s star is a sports sedan named Kia Stinger with 365 hp power.
Kia Motors, a subsidiary of Hyundai Motors is the second-largest automotive brand of the South Korean market. Stepping in the more performance-oriented cars, Kia unveiled the range-topping Stinger GT with 3.3-litre twin-turbocharged V6 engine. The mill is capable of churning out the maximum power of 365 hp along with the peak torque of 510 Nm. 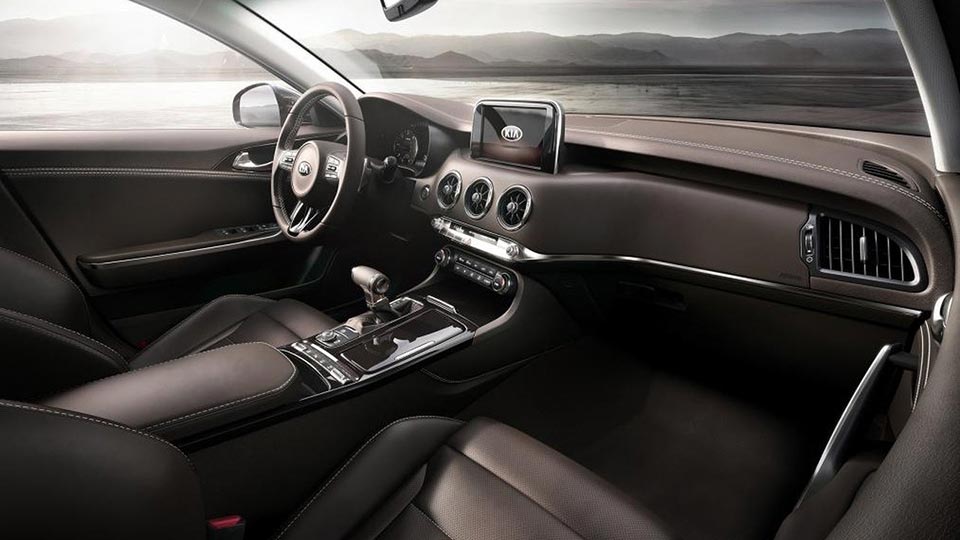 Kia will be battling out against the likes of performance versions of the Audi A4, BMW 3-series and Mercedes-Benz C-class, however, it will be slotted below the BMW M3 and Mercedes-AMG C63.
The standard version features rear wheel drive system where power is sent through the 8-speed automatic transmission, though all-wheel drive is also available as an optional. The sporty sedan attains the 100 kmph speed from a standstill in just 5.1 seconds and capable of hitting the top speed of 269 kmph.

Considering some reports, Kia will also introduce less powerful four-cylinder version of the Stinger to make it more practical for the everyday drive and give a tough competition to the mid-class sporty cars. The engine configuration includes a 2.0 -litre 4-cylinder petrol variant delivering the power of 255 hp and torque of 353 Nm, along with a 4-cylinder diesel mill.
On the dimensions, it measures 4,831mm in length, which makes it almost 200mm longer than a 3-series and almost closer to the new BMW 5-series (4,935mm) in length. Further, It has 1,869mm width and 1,400mm height, along with a wheelbase of 2,906mm. These measurements define it 58mm wider than a 3-series and 41mm lower, with a wheelbase of 96mm longer.

The Stinger is based on the modified Genesis sedan platform and more than half of which is made of lightweight high-strength steel. The new chassis helps in reducing the level of three factors namely noise, vibration and harshness (NVH) in the cabin.
Stinger will be offered with the five different switchable driving modes that make the driving experience jolt-free. Adding more, the GT variant features sets of 19-inch alloy wheels and 225/40 R19 ‘ultra-high-performance’ rubber, while the four-cylinder Stinger drives on 18-inch alloy wheels and 225/45 R18 ‘performance’ tyres.
The track-focused sedan, Kia Stinger has no news of being launched in the international market, though we can expect it on the roads by the end of this year.
Get latest and updated information about automobiles on our Google Plus Community Speed Gears.