New-Gen Toyota Camry is Now Made Available At The Dealerships

The much talked upon, new-gen Toyota Camry is yet to be launched in India on 18th January. Toyota Camry, the eighth-generation car has before its official launch have reached the dealerships in the country. The much-awaited sedan is based on Toyota New Global Architecture (TNGA) technology. The vehicle has been made ultra classy by cosmetic implementation and feature upgrades.

Talking about its design, the new-gen Camry keeps a V-shaped grille with chrome inserts. A wraparound headlamps on either side complements the grille design. The sporty front end has been highlighted by a large hexagonal air dam. The sides are made attractive by the use of sleek ORVMs and a large 18-inch alloy wheels. As automobiles are coming in various colour as a trend and also to attract potential customers, the new model is expected to be offered in multiple variant colour options like silver, black, white, graphite, red and brown.

Read Also:- Gets an All-New Bolder and Muscular Avatar 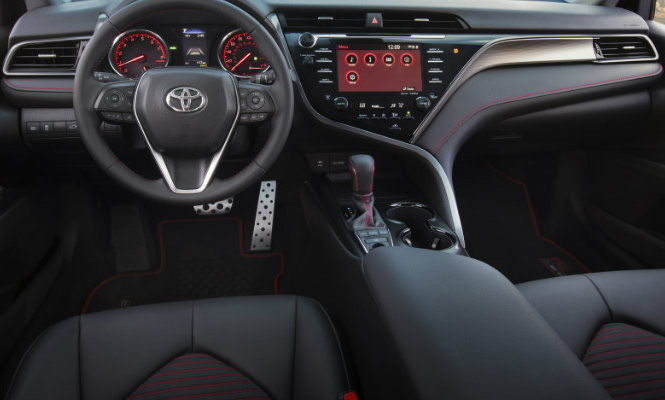 The interior is the most important segment of any car. Being the comfort or space or the must facilities, it becomes quite important to discuss the interior of the new Camry. The vehicle would be offered with a three-spoke multifunction steering wheel and a twin-dial instrument cluster along with a MID in the centre. A redesigned dual-tone dashboard with a touchscreen infotainment system in the centre is added to its features. The Toyota Camry in India would be offered with a nine-speaker JBL system, wireless charging, three-zone climate control, head-up display, power adjustable driver seat, cruise control and much more.

According to some reports, the new model would also be offered with an Auto Glide control option which would help in slower declaration and claims so as to offer better fuel efficiency figures. 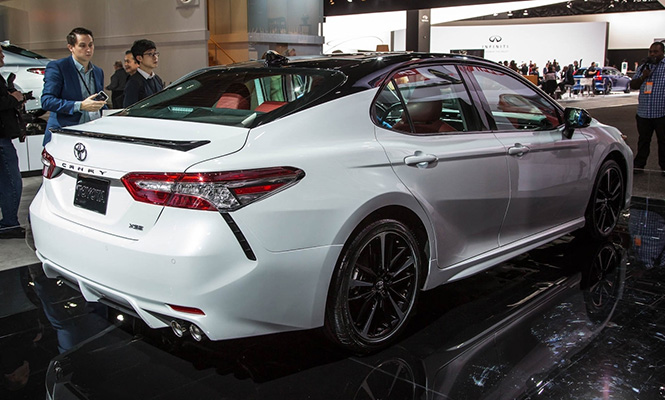 The new-gen Camry is talked to be powered by a 2.5-litre, four-cylinder petrol engine that generates 174bhp of power at 5,700rpm and 221Nm of torque at 3,600rpm – 5,200rpm. The vehicle would also have a feature of full-electric mode and an Eco mode.