Rapidly growing SUV market is getting competitive with the emergence of a number of vehicles in compact SUV genre. With a desire to compete at the front, Honda Cars India also have certain flagship models which will pit against the rivals have a firm grip over the segment like Maruti Vitara Brezza and the Tata Nexon.

Reportedly, a development of five new Honda cars is revealed by the Livemint. All the models will be based on the new Honda Amaze, out of which two will be SUVs

Other than the Amaze, the Brio, WR-V and Mobilio also underpinned similar the GSP platform which has been a profitable deal for the manufacturer. With an aim to continue this success in the markets like India and other South East Asian countries, the brand would love to blend this platform for SUVs now.

Apart from the Maruti Vitara and Tata Nexon rival, the report further reveals a full-sized SUV and a hatchback as part of brand’s future plans. Notably, the full-sized SUV would not be constructed over the GSP platform.

After losing market share in several segments from Hyundai, the brand is hoping for good with these new ranges of products. Also, it will fill the void in the brand’s Indian product lineup. In terms of pricing, the new products will be aggressive as the platform is heavily localized. The production for these upcoming will be handled at brand’s manufacturing unit in Greater Noida, UP and Tapukara, Rajasthan. 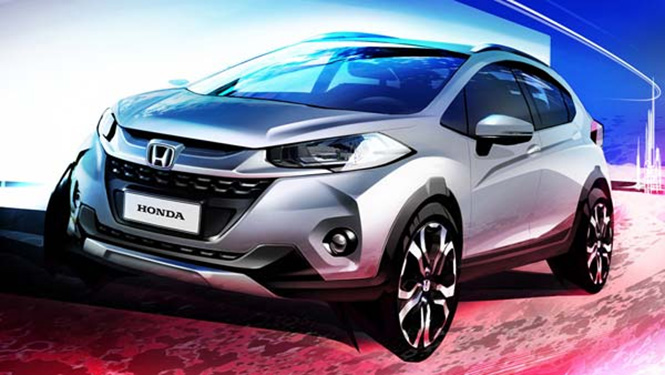 The Indian SUV market is growing at a rapid rate. During April to July 2018, it grew by 13 per cent. On the contrary, Honda’s sales in the SUV segment witnessed a fall of 28 per cent with just 13,363 units sold. It showcases an urgent need of new and more appealing SUVs in order to hold that drainage of market share.

However, the automaker did not make any official announcement regarding the revival of GSP platform. It is the Livemint’s sources which revealed such development. Well, the upcoming sub 4 meter Honda SUV would be a right option to compete hard against the established rivals, Maruti Brezza and Tata Nexon. In terms of powertrain, we could expect both the petrol and diesel engine options being offered with the Honda WR-V. The model is likely to attract the price tag in the vicinity of INR 7-10 lakhs.

Besides, the GSP based products, the re-introduction of Civic, a revived CR-V SUV along with an HR-V based compact crossover are the part of Honda cars future plans which will go against the Hyundai Creta and upcoming Maruti Vitara and Tata Harrier H5X.