According to a report by Overdrive, the new refreshed Maruti alto 800 facelift will be launched on May 18, 2016 in the Indian market. However, there are very few changed to witness on the car. Few tweaks have been done on the engine part in order to make it more efficient and powerful. The prices of the facelift model might be higher or lesser as per the trim levels.

The exterior of the new Alto 800 facelift received minor re profiling, with slim and long front grille, new set of headlights, hexagonal radiator grille right in the front gives it a bold figure. With the newly designed bumper, the Alto 800 looks longer and slimmer than the previous model. The facelift version measures 3,430 mm in length.

Under the hood, the automaker hasn’t made some major changes. It comes powered by a 0.8-litre three-cylinder petrol engine that delivers a maximum power of 48 PS at 6,000 rpm and a peak torque of 69 Nm at 3,500 rpm. The engine is paired to a 5-speed manual transmission. 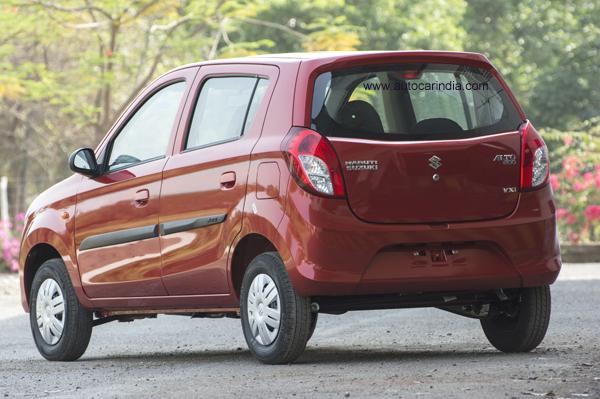 We also came across the first drive review done by the Autocar India. As per the reports, the interior is seen with new fabric upholstery on door pads and seats.The base variant comes fitted with standard passenger side exterior mirror, while the top variants such as LXi and VXi levels feature more boot space in the rear and a child-safety lock. Also, the other standard offerings include a rear spoiler, full wheel covers, central locking, front power windows and central lock.