The new-gen Swift has been spotted while testing in the country. The new Swift is one of the most predictable cars and the company has put efforts in it as well by upgrading all aspects as compared to the existing model. Here are the five brownie points you need to know about the 2018 Maruti Suzuki Swift.

The new Swift will be powered by the same a 1.2-litre petrol and 1.3-litre diesel engine, however, we can see the diesel engine upgrade to generate more power. In addition, it will take new detailing with the automatic options which are available for both diesel and petrol engine variants. The company is also assessing other choices in an engine like new 1.5-litre diesel engine to supersede the existing an SHVS variant, the 1.3-litre Fiat-sourced unit, and the three-cylinder 1-litre Boosterjet engine available in the Baleno RS.

The new-gen Swift is designed on the similar platform same as the Baleno, however, it is lighter than the latter up to 10 to 15%. The lighter weight mechanism will provide the new car a fuel economy benefit and a strong performance over the premium comrade of the car. All and all, the new platform proves 10% more rigid than the existing variant. The new additions make the car more fun drive and the inclusion takes on a lower center of gravity, damper and spring settings, a lower driver’s hip point, and wider axle tracks in addition to the Baleno RS model. 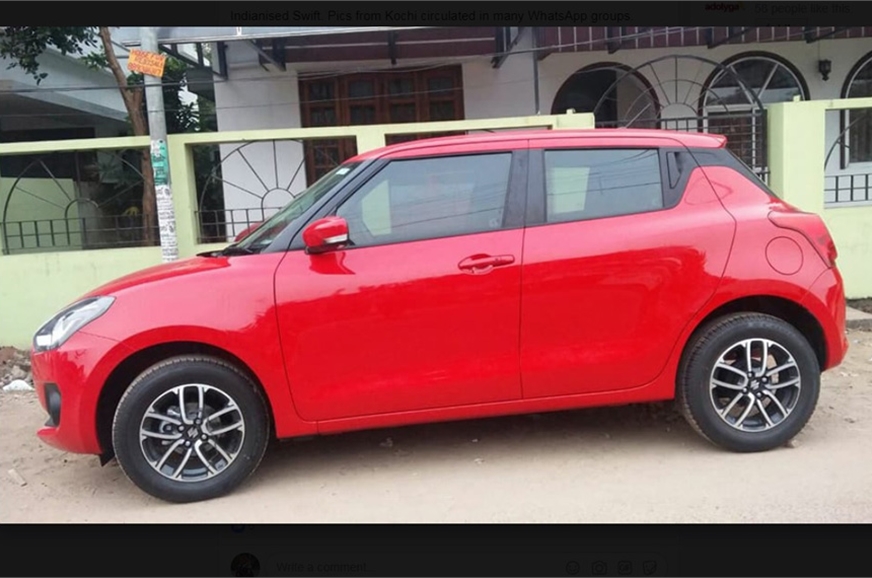 A stellar job with the car’s design separates it out distinctively. The 2018 Swift model is managed to sustain the prevailing design language of the existing Swift, however with the addition of enough bits and pieces to distinct out from the already existing models. The iconic curvaceous shape poised at its place with new tail-lights, nose, and headlights.
Expect A Launch At Auto Expo 2018.

The third-gen Swift revises the interior as you can feel more sporty look now than the existing cars on the market. The dashboard reveals moderate relation with new sporty two-pod instrument cluster and upscale steering wheel. Although, we wish from the India-spec variant to add more in interior layout. The cabin is enlarged up to 25% and now it makes more space for legroom and luggage which is enhanced from 200 to 254 litres. Furthermore, we expect this car to be loaded with more equipment such as MirrorLink capability, paddle-shifters, and touchscreen infotainment system with Apple CarPlay.

The car is expected to launch in the country by the next year, although it can be showcased at the Auto Expo 2018. The new-gen Swift will be rival to the Hyundai Grand i10 and the Ford Figo at the time of launch.