As per the announcement made by Suzuki India MD, Satoshi Uchida earlier in October 2017, the brand will now focus on bringing in new products in the premium segment every year. And following its words, the Suzuki soon after launched the Intruder 150 in the Indian market. Now as expectations suggest, there are two products lined up to unveil this year. Out of two, one could cater scooter segment while the other will be a motorcycle brought via a CKD route.

If the scooter segment is considered, the Indian lineup is currently having products in 110cc and 125cc segment those are Let’s and the Access respectively. The Suzuki Access 125 is the leading revenue generator in the segment, so the expectations are brand could introduce a new scooter in the 150cc segment. Also, this segment has much space to expand as it only contains scooters like the Aprilia SR150 and one from the Vespa. 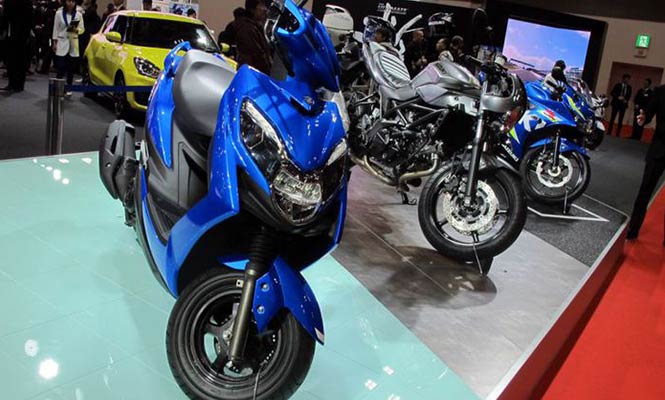 On the other end, the new motorcycle that is likely to mark its presence on the Indian soil at the upcoming 2018 Auto Expo, will be CKD motorcycle. Expectation hints that the brand could bring motorcycle in the sub-1,000cc segment which could be the V-Strom 650 adventure bike or the GSX-S750 from naked sports segment.

At the powering front, the V-Strom 650 is powered by a 71hp, 645cc V-twin engine while the GSX-S750 is equipped with a 114hp, 749cc inline-four-cylinder engine. In terms of pricing, the V-Strom is expected to be priced costlier that the Kawasaki Versys 650. The other model GSX-S750 may be tagged with the price sticker near about the price of Kawasaki Z900. the performance for both the bikes are almost similar but the Suzuki is plus in terms of provided features as it grants traction control where the Kawasaki Z900 misses out.