The City is the model in Honda’s lineup that not only helped it in establishing in the Indian market but also remained a volume generator for the company. The current-generation City was debuted in 2014 and its facelift in 2017. The fifth-generation Honda City is under work and is expected to be disclosed later in 2019. It is expected that the model will go on sale in India in 2020.

The current City is counted in the largest of the midsize sedans and it is reported that the next-generation Honda City will be bigger than the current City. The cabin will also be more spacious and the back seat legroom will be the biggest.

Apart from inside and outside designs, the powertrains of the fifth-gen Honda City will also be upgraded. The current City uses L15B powertrain and the upcoming City will get updated powertrain with more power. It will also be offered in hybrid form. 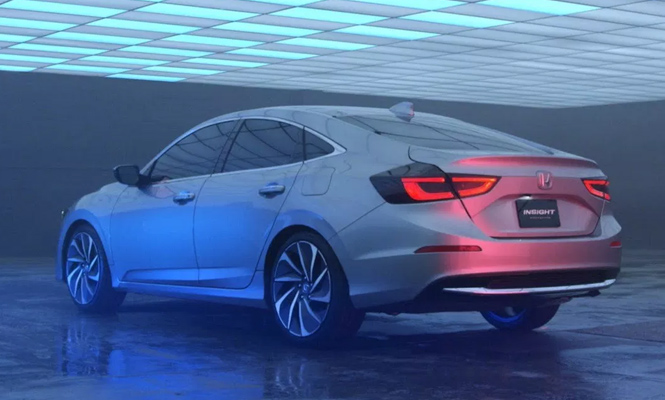 Also the Honda is planning for an affordable hybrid powertrain unlike the expensive one to introduce in India.

The current-generation Honda city is powered with the 119hp, 1.5-litre petrol powertrain churns out 17.8kpl when coupled to a 5-speed manual transmission. And if a petrol-hybrid option will be added on the new City, then to some extent it could increase its fuel efficiency figure which will be almost same as of Ciaz that has 1.5-litre petrol powertrain which churns out 21.56kpl.

The powertrain of the next-gen City will be same as of the Honda Civic which is sold in foreign markets i.e. new 1.0-litre, turbo-petrol powertrain which churns out 130hp of maximum power and 200Nm of maximum torque. But as per the reports, this powertrain is unexpected for India. If diesel is kept in consideration, Honda is working on upgrading its 1.5-litre diesel powertrain for BS-VI compliance. The updated powertrain will also be powered in the new City in India and for the very first time, it will come with a diesel-CVT combination.

Honda is also working on next-gen Honda Jazz which will be disclosed later in 2019 and will be powered with the same 1.5-litre petrol powertrain which will be married to a mild-hybrid engine.