At the recently passed 2018 Amerivespa Rally in Richmond, Virginia, USA, a series of three new special edition Vespa family scooters was rolled out in front of the audience. There were the Vespa Yacht, Primavera 50th Anniversary and Vespa Notte at the display. Let me introduce, the traits of these special edition models one by one.

The Yacht Club edition is a special featuring for the models like the Primavera(50cc and 150cc Options) and the GTS 300cc version. These models receive a white and navy blue colour option. The scooter gets that blue essence even on the rubber floorboard as well as on the seat as stitching in contrast with the white theme. 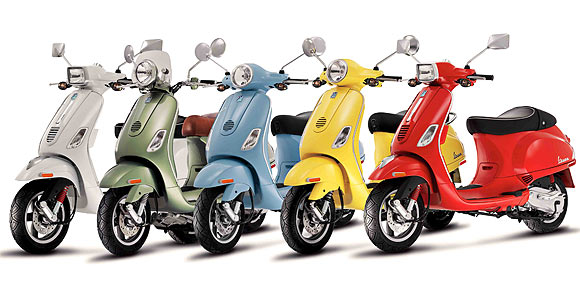 Last but not the least, The Vespa Notte series will be on offer for the monikers such as the Vespa Sprint (50cc and 150cc trims) and the Vespa GTS 300 Supermodels. The Vespa Notte series scooters witness blacked out treatment across the body including components like the chassis, rims and rearview mirrors as well. Whereas, the brand and model emblem on the front apron and rear fairing are of chrome.

Read also: Vespa to Remain Focused on Scooter Segment Till Near Future

Initially, the sale for these special edition Vespa scooters will commence in the countries like the UK and Canada. Indian emergence of these Vespa special edition models is not expected any time soon. There are chances that company could introduce the Vespa Notte sometime this year as it was showcased at the Auto Expo, early this year.

Vespa and Aprilia Scooters Get Updated with CBS or ABS- Check Out New Prices
Views: 929