Nissan India has officially confirmed to launch AMT (Automated Manual Transmission) version of its flagship compact SUV, Terrano in the country soon. The Japanese auto maker took this step after observing the rising demands of the cars with automatic transmission in large numbers.
A few months ago, Renault launched its popular compact SUV, Duster in India with an optional Easy-R AMT gearbox. Though, the new Duster AMT only comes in RxL and RxZ variants. In most of the countries, automatic transmission in vehicles is now becoming a trend, as the people prepare to go for an easy and comfortable driving option. In India, it also became the fashion in demand.

Back to the car, Nissan’s Terrano which is based on the similar platform that underpins the Renault Duster, will also get the same Easy-R AMT gearbox option. With this additional transmission option, Nissan is looking forward to seeing a boost in the Terrano’s sales.

Beneath the front end, Nissan Terrano currently comes with the choice of a petrol and a diesel powertrain. The 1.6-litre petrol engine is capable of producing 104 bhp of power in combination with 145 Nm of torque. Whereas, the 1.5-litre diesel version churns out the power in two states of tunes, 85 bhp and 110 bhp. Which one will get the AMT, it is being expected that the top-end variant with the maximum power output will be the one who receives the AMT update, as noticed in new Duster. More on under the hood, it could also use the safer CMO 10 engine box and T4 electrical and electronics design ideology. 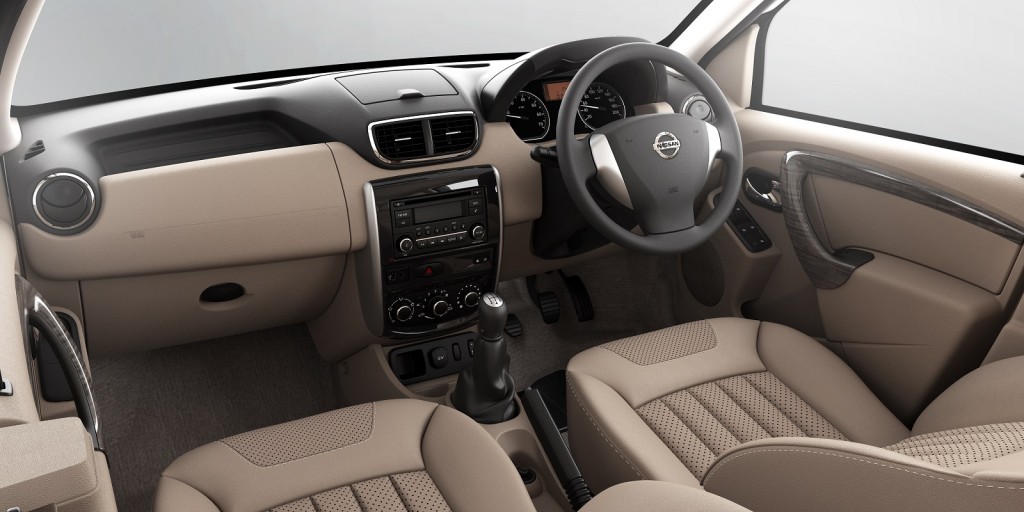 Inside out, there will not be any design updates on the new Terrano AMT. However, the cabin might get the new upholstery and climate control system to enhance the occupants’ comfort. Moreover, the new Terrano might also receive a touchscreen infotainment system with navigation and connectivity features.

On the launch, there is no official confirmation on it yet, but Japanese auto major will likely to introduce the new Terrano AMT during this festive season. Considering the price, the AMT version is expected to come with the slightly higher price tag than the current model, as the current Terrano variants are being offered with the attractive benefits worth of upto INR 80,000 and a special rate of interest of about 7.99 percent.
Get latest and updated information about automobiles on our Google Plus Community Speed Gears.

New Joint Board Will Be Created By Renault, Nissan and Mitsubishi: Declares MoU
Views: 939

Not To Be Missed Discounts On Nissan Sunny and Micra
Views: 1019