Zauba corp, India's import and export data portal reportedly discloses the arrival of Kawasaki Estrella a.k.a BJ250 to the country. However, only a single-unit of the retro classic tourer has imported for the R&D purposes. If anytime soon, the launch of the same takes place in India, it would certainly be going to beat the sales graph of the well-known brand Royal Enfield. To be precise, the rivalry will lock the horns of the Classic 350. Perceiving the visuals, the nostalgic BJ250 shows off the retro-type style via its chrome-bordered round shaped headlamp, exhaust canal, and the motor design. Basically, it resembles the Indian Thumper.

The stats displayed on the import/export data website costs a massive figure of Rs. 4,02,353 and landed over as a CBU. Though, if it's purpose transformed for sales, it's import would be probably via the CKD route. Moreover, Kawasaki's Pune plant will take the responsibility for the assembly of the bike carrying a comparatively affordable price tag. 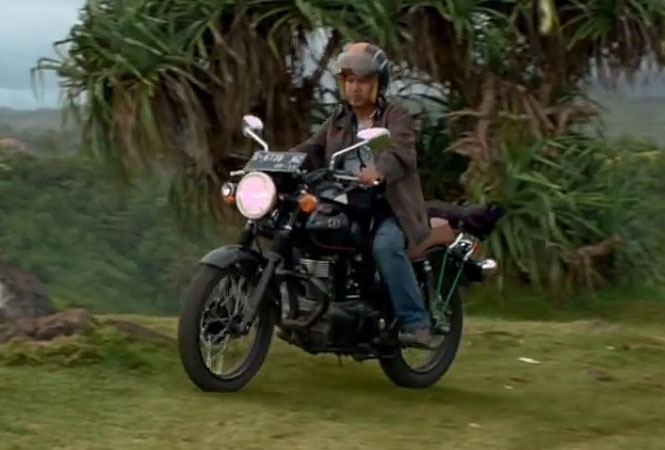 Read Also: After Suzuki Hayabusa, Kawasaki Z800 May Next to Produce Via CKD Route

Coming over to the power figures, the Estrella packs up a 249cc, single-cylinder, fuel-injected engine that propels out 17.4PS of power at 7500 RPM and 18NM of torque at 5000 RPM.

Well, Royal Enfield should worry about this quarter-litre machine. If it gets priced extravagant, RE's market share would be collapsed immediately. So, it all depends on the pricing of BJ250. Talking about the nearest competitor RE Classic 350, the cruiser currently retails at Rs. 1.29 lakh (Ex-showroom, Delhi). It will take time to reach that mark for the Japanese automaker. Though the bike looks pretty cool and it would surely not depress the masses in terms of quality.