The Toyota Camry, which has successfully completed six years in India, is all set to get a refresh in the form of a new model, which is likely to be released by 2019. The Japanese automaker presently sells its popular Camry sedan in two different variants - one for the European market and another one for the US. The model being sold in India is inspired from the European-spec and is largely understated in comparison to the US variant.

It is being estimated that the company might soon reveal some interesting news in the form of a new Camry car for the Indian market, as a fully camouflaged Camry model loosely resembling the pre-facelift US-spec Camry was recently spotted spied testing on the Indian roads. 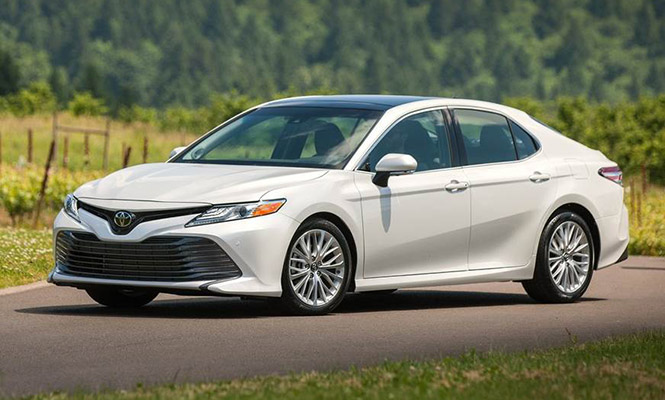 The spied images of the car reveal narrower grille and headlamps than the Indian model has, along with horizontal slats on the bumper, which are very closely matching with the American model of Toyota cars. Apart from that, the rear taillight detailing, license plate enclosure shape, the greenhouse and bumper reflectors’ shape are also almost the same as the 2018 US-variant of the Camry. The 2019 Camry sedan with a slight modification on the interior and exterior has already been revealed for the US market.

The India-spec model is, however, most likely to be based on the 2018 US-spec Camry. The present India version of the Toyota Camry runs on the same 2.5-litre four-cylinder petrol engine that the US variant has. While the Indian model offers peal power of 205 PS, the US car is slightly better with 208 PS rating.

The 2018 US-spec Camry, which was spotted testing in India, is a Super Ultra Low Emission Vehicle (SULEV). The company might, therefore, be testing the car on the Indian roads to see how the hybrid system fairs in Indian environmental conditions. The new model is also likely to follow the BS-VI emission norm, which is expected to become a mandate for automobiles in the country by 2020. 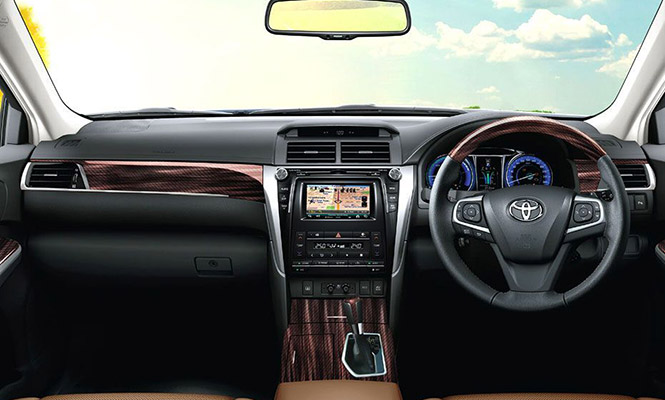 The new India-spec Camry is expected to be built on the TNGA platform’s GA-K version and will be longer and wider than the existing model. It may be inspired by the new generation Toyota Camry ASEAN. The car will get the same but retuned 2.5-liter petrol engine that produces 176hp power and 221 Nm of peak torque. There will also be a top hybrid model which will be equipped with a combination of electric and petrol engines.

The 2019 Toyota Camry will be launched by next year and is expected to cost around Rs 32 lakhs for the base variant.