Royal Enfield has sent media invites for a national ride event of the new 650 twins in Goa on November 14. Meanwhile, the bike will be launched, and showcased for those were waiting since its debut on Indian soil last year at the same event Royal Enfield Rider Mania in Goa, from 16-18th Nov. Not only the event will witness the first step of highly-anticipated Royal Enfield Flagships- the Interceptor 650 and the Continental GT 650, but also the first RE650 will be delivered to the customer by Mr Sid Lal himself.

In the United States, the motorcycles are already on sale at the introductory pricing of $5,799 (Rs 4.2 lakhs) and $5,999 (Rs 4.36 lakhs) respectively. However, the pricing for the India-spec models will be considerably low to fit in the budget of aficionados. FYI, Royal Enfield Interceptor is a California cruiser design while the Continental GT 650 is a Cafe Racer. Both the bikes are being offered in three variants namely Standard, Custom and Chrome. 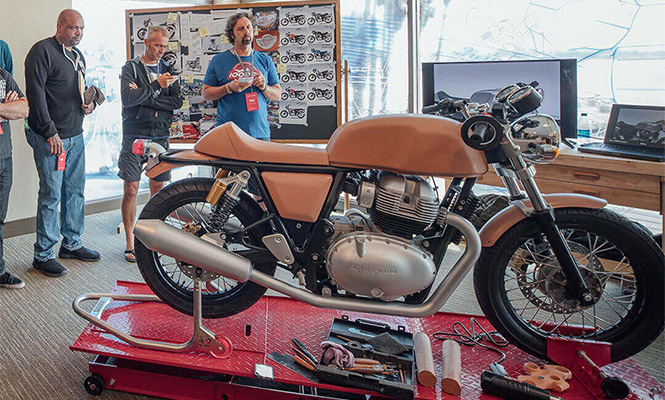 Under the fuel tank, both the models get propelling power from a 648cc fuel injected, air/oil cooled engine. It is rated to develop the maximum power of 47 bhp at 7,250 rpm and deliver the peak torque of 52 Nm at 5,250 rpm via a mated t6 speed gearbox with a slip-assist clutch.

Royal Enfield Bullet 350 Trails: What Else One Can Buy in Similar Pricing?
Views: 2016