Royal Enfield which has updated almost its complete lineup with the safety feature going to be mandatory equipment from April 2019, the Anti-Lock Braking System (ABS), is all set to launch the Bullet 350 ABS model this month.

The RE Bullet 500 is already available on sale with the dual channel ABS setup. As expected the Royal Enfield Bullet 350 will also feature same from the mentioned relative. The introduction of ABS will not only ensure occupants safety to a next level but also make the model adheres to the upcoming safety norms in coming months. If the pricing is concerned, the 2019 Bullet 350 ABS will be priced in accordance with the witnessed price hike of the 500cc Bullet, which lately asks for the pricing of INR 1,86,961 (ex-showroom). 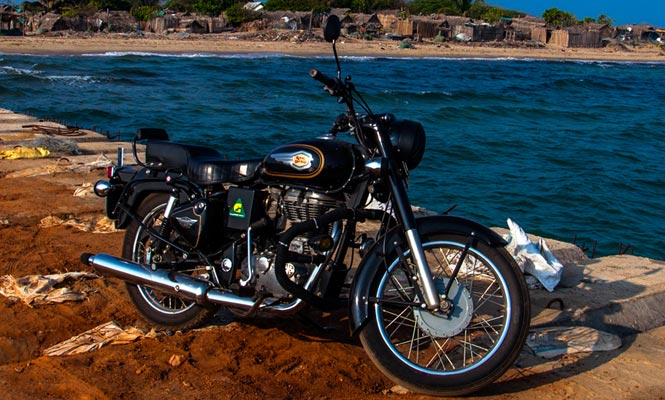 Going to be equipped with similar dual channel ABS setup of the Bullet 500, the Royal Enfield Bullet 350 ABS will be priced premium around INR 14,000 above the non-ABS model. Other than the ABS feature, there is a zero down payment option on offer on all RE bike. It will help the automaker in maintaining a steady sales flow.

In terms of safety, the Bullet 350 is going to witness the fitment of second safety feature within a short duration of time. As back in December 2018, the retro classic had got the disc brake at its rear wheel. By this month-end, the updated Royal Enfield Bullet 350 with ABS feature will also hit the dealerships. The official pricing is not revealed yet. Albeit, the ongoing non-ABS Bullet 350 variant is available to purchase at the price of INR 1.28 lakh (ex-showroom). While to have possession of the Bullet 350 ES, one has to shell out amount INR 1.32 lakh (ex-showroom).

The Bullet 350, other than the inclusion of ABS won't seek any further updates in the form of cosmetics and mechanicals as well. The motorcycle is continued with the similar 346cc, single-cylinder air-cooled, Twinspark engine. Mated to a 5-speed transmission, the engine is rated to make out the maximum power of 19.8 bhp and a peak torque of 28 Nm.

Royal Enfield Bullet 350 Trails: What Else One Can Buy in Similar Pricing?
Views: 2272