Royal Enfield which is the market leader in the 350cc engine displacement, is feeling the heat with the arrival of Jawa Motorcycles in India. According to the recent sales report, the Royal Enfield Classic 350 witnessed a downfall of 21 percent in the month of November last year. Now, an official announcement from Chennai based manufacturer is confirming the development of two different platforms that will comply with the BS6 emission norms. The more stringent BS6 emission norms will hit the Indian automotive industry in April 2019. Speculations suggest the advancement of existing 346cc and 499cc engines with components complies to the upcoming norms. These bikes are expected to hit Indian dealerships in 2020.

Lately introduced 650 twins, the Interceptor 650 and the Continental GT 650 are already the BS6 compliant models. While the adventure tourer Himalayan is expected to get the bigger 650cc engine to supersede the current unit. It hints the advancement of the entire product lineup in the coming future. Other than this, the upcoming Royal Enfield models with BS6 engines could be seen with modern instrument console unit as compared to current gen analogue machines. 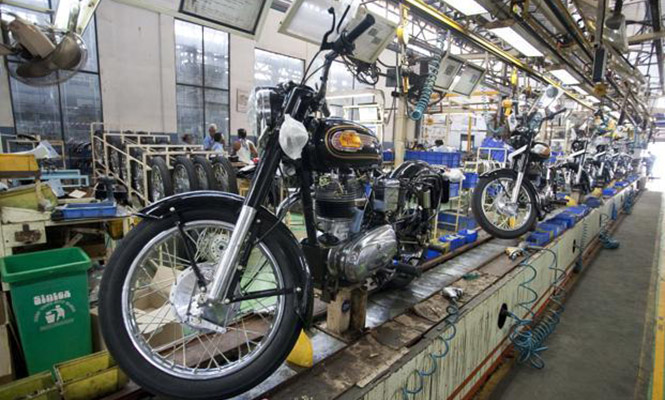 Read Also: Some Strategies For Royal Enfield To Save Them Against Jawa

In RE lineup, the Classic is most selling series. Other than this, the Bullet and the Thunderbird also have a good place in the heart of RE lovers. Lately, the automaker has updated its range of Classic, Thunderbird, Thunderbird X series and the Himalayan as well with the government mandate feature of ABS. All these models are armed with a dual-channel ABS unit. The Bullet series, on the other hand, received the disc brakes at both wheels as standard fitment.

Royal Enfield 650 twins which were most awaited in the Indian market has already been launched in the country. They pack a 648cc, twin-cylinder engine that is rated to propel out 80 per cent of the available torque at just 2500 rpm without even crouching and twisting the throttle on the highway. The interesting aspect of these 650 twins is their official pricing which could bring a smile on the face of any buyer with the budget in the vicinity of INR 2.50 to INR 2.65 lakh respectively for models Royal Enfield Interceptor and Continental GT.