Royal Enfield that climbed success stairs within the decade with an enviable rate, witnessing slight reduction this financial year. The discovered reasons behind brand’s such slow down by market analysts includes price hikes, high maintenance costs and faded brand reputation due to reliability/quality issues. If have a look at sales performance from April 2018 to January 2019, the retro classic manufacturer sold out t 686,773 units which stands around 5 per cent lesser than the units dispatched during the same period last fiscal.

These figures were at 23 per cent growth rate in the financial year 2017-18 and at even higher in the 2016-17 financial year. The rising competition in the segment can also be considered among major aspects behind gaining pressure for the RE models in the market.

Lately launched Jawa Motorcycles which straightly poses competition against the Royal Enfield’s best selling models, received an overwhelming initial customer response. Reportedly, Jawa models have sold out for next nine months and has managed to create a wide range of customers. Well, as per the MD and CEO of Eicher Motors (Royal Enfield’s parent company), Siddhartha Lal, he is not worried too much about ‘copycats’ in the industry. 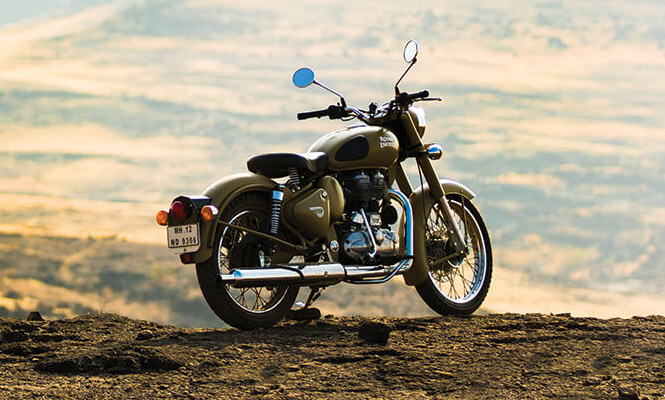 He further confirmed his statement by saying that in the last decade the RE recorded 20 times growth in its profit margin from 10% to 30%. This can be considered reason which allures other brands to enter into this lucrative medium displacement premium segment in order to pose threat for RE, however, Sid Lal is confident that it would not be that easy for any competitor to take away RE’s pie. In a chat with Moneycontrol, Mr Lal said, “There will be copycat types and there will be people doing totally different things and that is part of a competitive nature.” He further added that Royal Enfield has a strong dealership and aftermarket sales and strong service network, and good residual value for its models as well.

The brand’s wealthy product lineup and strong future plans would not make the rivals easier to keep pace with the RE. Also, a newly entered brand can have hype and excitement for its products among the audience but Royal Enfield will continue to maintain the steady pace, he also added. As of now, Royal Enfield is focused to maximize customer potential for its lately launched 650 twins, along with developing the next generation of its existing models which will be based on a brand new platform. As expected, RE will regain its lost momentum with the arrival of new generation models to dealerships by 2020.

Price Based Comparison of Jawa and Jawa Forty Two Vs Rivals
Views: 1098