No Down Payment on Royal Enfield Motorcycles: Jawa Effect

Good News is here for the Bike riders, as the Bike would be made available to the customers at a Zero down payment for the on road price whereas, the EMI starts at a considerably low rate, i.e. Rs 2490 per lakh. This scheme is here to facilitate the Two-wheeler purchasers who have their Bank Account in any bank. The Company Royal Enfield is offering its customers an offer of hundred per cent finance on their entire range.

As per this new scheme, if a customer is purchasing a new bike against a loan, he would be able to take the bike home by just paying the processing fees and the stamp duties for the loan. This scheme might sound very surprising to many but, it seems like, the initiative has been taken to overcome the drop in overall sales figures since Jawa re-entered India. Undoubtedly, Royal Enfield has been facing some heat after the Grand re-entry of Jawa in India in November 2018. Last year, the Indian two-wheeler manufacturer experienced a constant Growth month by month but seems as if due to the entry of Jawa in November 2018, the Company ended with a bitter experience and result and witnessed an overall four per cent drop in domestic sales in November. 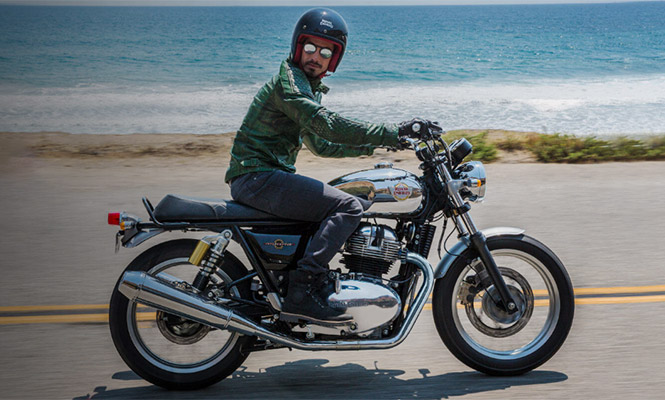 Read More: Some Strategies For Royal Enfield To Save Them Against Jawa

The Massive drop could be seen while we compare the overall Domestic market sales for November and December in 2017 and 2018, which shows a drop of 14 per cent in 2018. Looking at the figures, we find that in November 2018 the automaker sold a total of 65,744 bikes as compared to 67,776 units in November 2017. While the sales dropped to 56,026 units in December as compared to December 2017, when the sales were 65,367 units. Looking at the brighter part, the 650 twins helped the automaker register a hefty growth of 41 per cent in International sales last month, thus helping the company RE manage a sales of 2,252 units in December 2018 as compared to 1601 units in the same time its last year.

Strategically, the Zero down payment scheme would attract some more customers towards the Company and could uplift the sales.

The current products made available to the Royal Enfield motorcycle customers consists of the Standard 350 and 500. The Classic 350 include signals and Redditch edition and Classic 500 include chrome, stealth black, Pegasus, and squadron blue variants. The two more variants of Thunder 350 and 500 are Thunderbird 350X and 500X variants along with Himalayan and the recently introduced 650 twins. RE, the first two-wheeler manufacturers, has updated almost its entire motorcycle range with a dual channel ABS safety feature before the April 2019 deadline.

Royal Enfield Bullet 350 Trails: What Else One Can Buy in Similar Pricing?
Views: 1290