There is a lot of hubbub in the Indian automobile sector around the off-road oriented adventure tourer motorcycle, Royal Enfield Himalayan. Recently, the bike was spotted during its testing and there have been reports that several details of the motor have been disclosed. The Royal Enfield Himalayan will deliver the power of a new oil-cooled and 410cc engine. The single-cylinder and four stroke motor will produce a maximum power of 28 PS and a vertex torque of 32 NM. The total power will be transferred to the rear wheel via five speed transmission. The power plant will be developed with a counter balancer which will help to detect the vibrations. 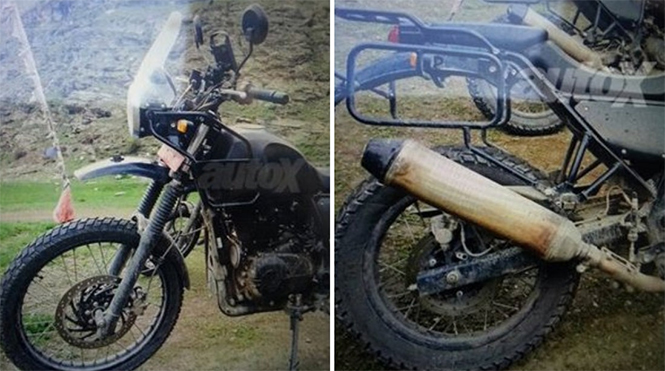 There are also a lot of rumors, but now it has been confirmed as we said in our previous report that the adventure tourer motorcycle will be introduced at the expecting price tag of INR 1.7 Lakh at the 2016 Auto Expo show that will be held in February, 2016. The most awaited bike could also launch at the 2015 Rider Mania show that will be held from 20 November in Goa. 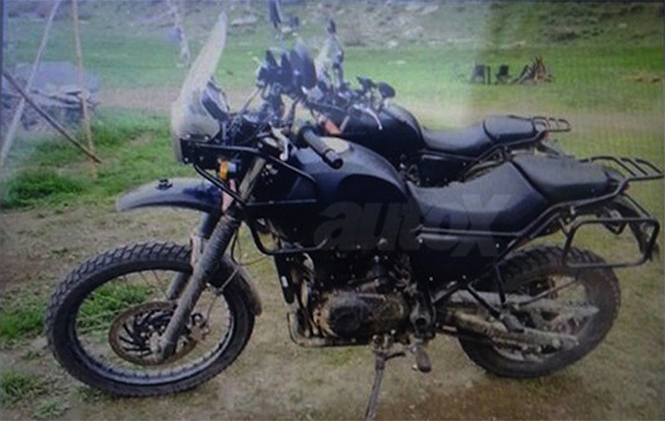 The Himalayan will give a comfortable ride to the rider as it is featured with off-road stance and taller suspension. The motorcycle wraps around the twin cradle chassis that has been developed by the UK based frame specialist company, Harris Performance. The motorcycle will offer a stunning look as it is equipped high mounted front mud-guard and longer stoke telescopic suspensions.

Moreover, the motorcycle gets an analogue instrument panel that carries a host of information, including a tachometer, analogue speedometer, fuel indicator, clock, compass and altimeter. The braking duties are managed by the disc brakes at both ends. It is also rumored that the firm will bring an ABS option for the bike in 2017.

Royal Enfield Bullet 350 Trails: What Else One Can Buy in Similar Pricing?
Views: 1612