2019 Royal Enfield Indian Lineup to Get Fitted With ABS

From April 2019, Indian biking industry will see the implementation of new or more stringent safety regulations which will mandate the fitment of ABS on motorcycles above 125cc displacement. Following the same, the bike makers across the country have started to fit their non-ABS vehicles before the deadline.

The Chennai-based cruiser bikes manufacturer, Royal Enfield recently reported offering ABS as the standard feature soon, as per the Overdrive. The report further says, the much-anticipated Interceptor 650 and the Continental GT 650 will be the first to get this feature, which will be followed by the other products in the lineup including Bullet, Classic, Thunderbird and Himalayan. Well, this advanced feature is already available on its export models.

Other than this report, let me tell you that the Royal Enfield has rolled out a special edition of Classic 350 with ABS, christened as the Royal Enfield Classic 350 Signals Edition. It is a special edition model that celebrates brand’s association with the Indian armed force, specifically with the Indian Army Corps of Signals. Instead of brand’s standard Classic 350 variant, this limited edition trim features disc brakes at both wheels integrated with dual-channel ABS. 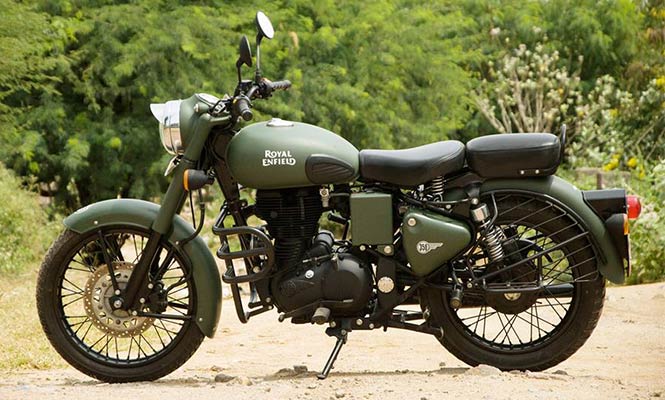 To get equipped with the same, all the remaining models will undergo the similar treatment of replacing rear drum with standard disc unit. Currently, there are models which get the rear disc brake apart from the Bullet and Classic 350.

Meanwhile, the interesting aspect to observe will be the dual-channel ABS cost arrangement. Will Royal Enfield bear the burden or pass it to the customers? The strategy of delaying the launch of ABS compliant models till a few months before the deadline will be helpful for Royal Enfield, in order to runs out the standing stock of non-ABS models.

Currently, the RE is looking forward to introducing the 650 twins- the Interceptor 650 and the Continental GT 650 in California next month. Further, it will launch a new motorcycle in India in November this year. Initially, there could be the situation where the brand has to face problems in managing demand and supply. Well, the situation could only be resolved only by prioritizing the export markets and plug the demand-supply gap.

The 650 twins will be powered by an inline 2-cylinder 648 cc air-cooled (with oil cooling) engine. Mated to a 6-speed gearbox, the engine is capable of churning out the peak power of 47 hp and 52 Nm of torque.

Royal Enfield Bullet 350 Trails: What Else One Can Buy in Similar Pricing?
Views: 2195