The United Kingdom based two-wheeler manufacturer is nowhere less than any other motorcycle maker. The Triumph Motorcycles has recently made an announcement that they will be going to showcase a special edition Street triple motorcycle in the upcoming international motorcycle show. The EICMA is going to take place at the Milan, Italy and starting from 6th November, 2014. The special edition motorcycle is named as Street Triple RX, which took its inspiration from the winning supersports category, Daytona 675R.

The Special edition of the Street Triple RX is powered by the firm's patent triple-cylinder, 12-Valve unit engine having an engine displacement of 675cc. The power train is capable to churn out a total power of 104.6 BHP and a peak torque of 68Nm. The engine is mated to a 6-speed transmission. The manufacturer has added quickshifter and throttle control system, in order to deliver a vitalizing riding experience. The motorcycle is blessed with a newly designed exhaust tail, which makes an exclusive growling engine sound. 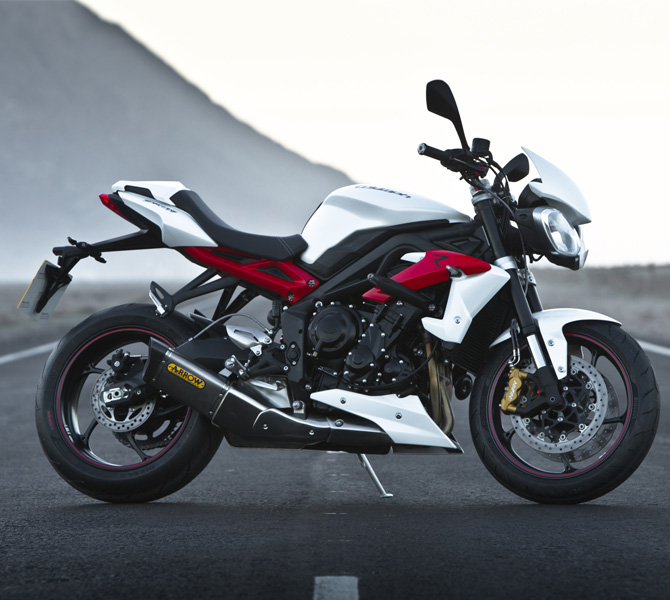 The special edition of the Triumph Street Triple R has become the highest specification variant in the company's product portfolio. The upcoming motorcycle will be making its appearance in some special colors, such as Matt Aluminum Silver paint and also received newly designed graphics. The top-notch color combination is the all-new Matt Aluminum Silver paint assorted with deep Diablo Red colored bezel and chassis. The sporty and lightweight tyres, angular shaped seat and cowl, belly pan completes this motorcycle by giving a special edition look.

The company will be showcasing the special edition motorcycle at the Milan motorcycle show, as the podium has already been decorated for the motorcycles in Milan. The remaining technical or pricing details are expected to be revealed by the manufacturer at the time of the exhibition.