After a quite long interval, the new heartthrob 2016 TVS Apache has been spotted once again. It is expected that the new adventure Tourer will be launched by the end of the current year or in early next year. TVS Apache would be the ultimate powerful TVS bike ever built till now, and will seek attention of all those who are looking for a stylish motorcycle within Rs. 1 lakh segment. 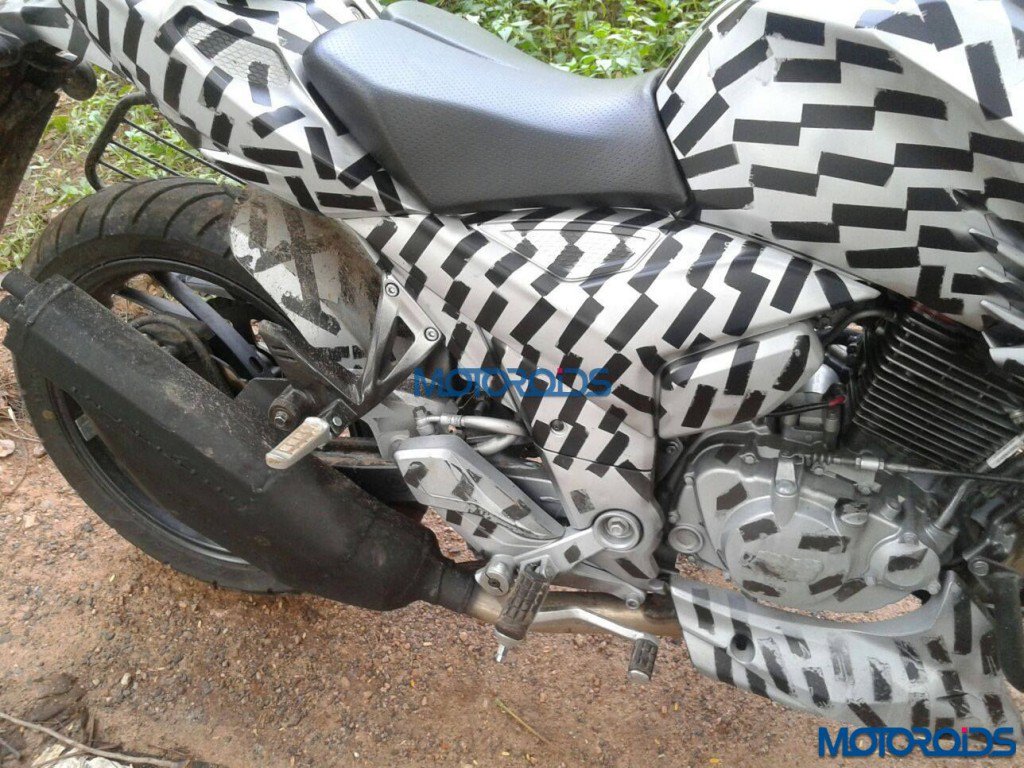 As per the new spy images, the new Apache is rumored to get power by a 200cc engine, incorporated with an instrument cluster. Venu Srinivasan, chairman, TVS Motors, indicated about this new Apache earlier in August 2015. Coming closer towards the launch, the Apache 200 has been seized many a times executing its testing tasks.

Examining the recent spy shots precisely, the adventure Tourer will take same design specifications that were there on the current Apache model along with some extra bits from the 'TVS Draken Concept' which was showcased at the 2014 Delhi Auto Expo. Front wheel gets the conventional telescopic setup. For keeping production costs low, TVS has stuck to the standard setup at the rear, unlike the Draken concept which has monoshock rear suspension. 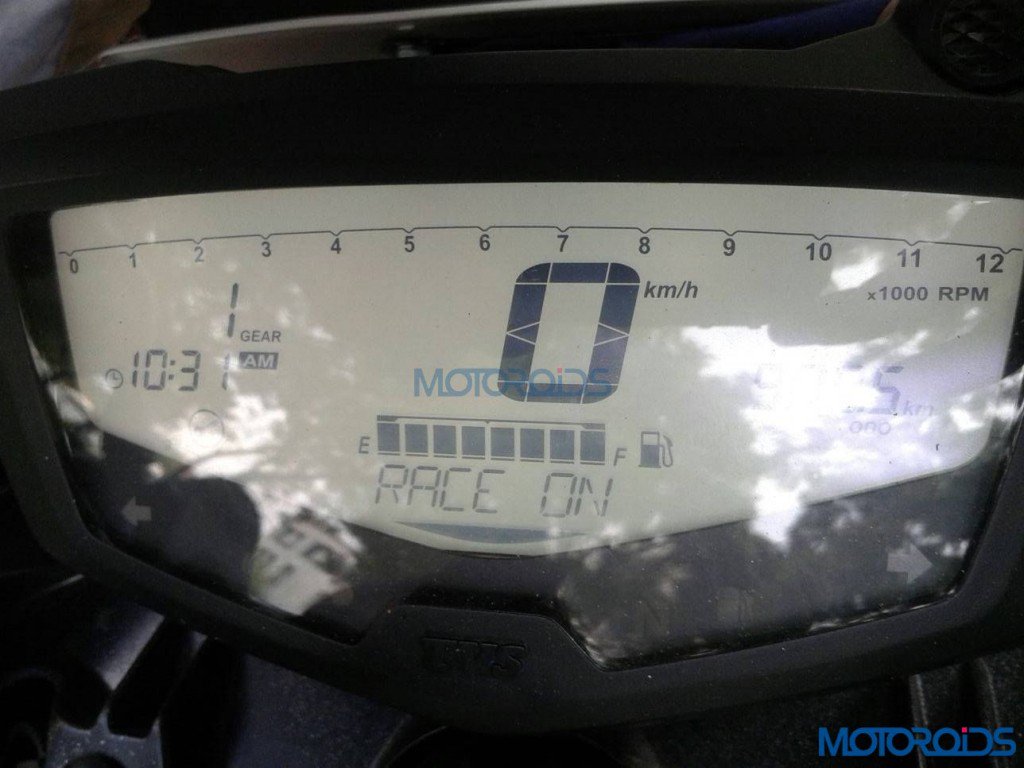 Front fairing is similar to the one that was spied on the previous test mules. Moreover, braking duties are being performed by the traditional brake lines instead of steel braided units. In terms of appearance, the new Apache 200 will be a true-blue street fighter. Handlebar grips contains the TVS trademark. Also, there is a clear view compact instrument cluster, which gets tachometer on the top, digital clock on the extreme left.