Mahindra has been penetrating the efforts in testing the SsangYong Tivoli-based Compact SUV for Indians for a long duration. The code name of the Mahindra Compact SUV is S201. As speculated and revealed in earlier detailings that this compact SUV will come in dual body frameworks, which take a somewhat larger variant competing for the Creta and another obtain a smaller variant or sub-four-meter “Compact” version replacing the Vitara Brezza. Since we are known that Mahindra is testing the rival to Creta model of the S201 from sometimes, the spied images of recently tested SUV confirmed that it is a “smaller” version of Brezza-rivalling model also. 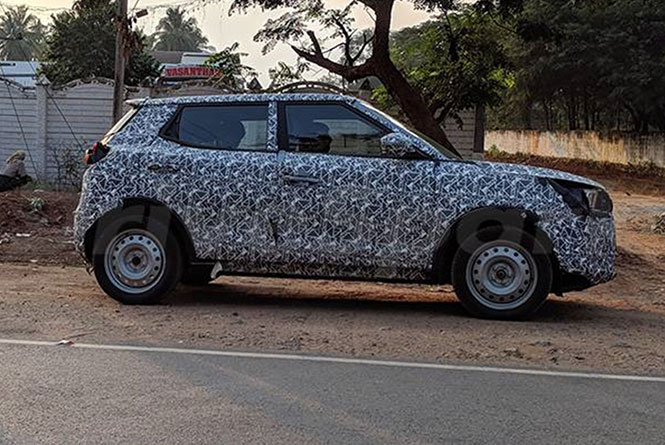 Considering the spied look in the pictures, we can say that the “compact” S201 is a smaller version comparing the standard variant. To make it shorter in length, Mahindra has pruned around 200mm to make the SUV in a 4-meter length, specifically from the rear aft of the wheel. To maintain the cost, the compact S201 will be having body panels just similar to its larger sibling’s doors. Although taking consideration from the spied images, the rear design of the car could be unique when it comes to horizontally placed taillamps, tailgate design, exclusive design of the rear bumper. It will also be having the higher ground clearance and chunkier tyres.

It is expected that the compact S201 will share the similar a 1.5-litre diesel engine along with 1.2-litre turbo-petrol engine. Mahindra is about to carry in the S201 class for Indian in sometime between the latter date of 2018.

Mahindra Confirms Next-gen, Will Not Participate in Auto Expo 2020
Views: 1429