Suzuki has finally unveiled the much awaited city commuter performance bike Gixxer. The bike was being awaited from a long time and was rumored with some fake and some being authentic. It is the second bike from Suzuki motorcycles India under 150cc segment after the GS150R and will be placed at a higher step than the older one. With lots of muscular appeal, the Gixxer looks robust tough and as per the youth’s expectations. A lot of bits have been borrowed in it from the GSX series motorbikes and especially the GSX-R1000 motorbike. The bike will be facing a lot of competition here as the Indian motorcycle industry is a great place for the commuter motorbikes with the genes of performers. 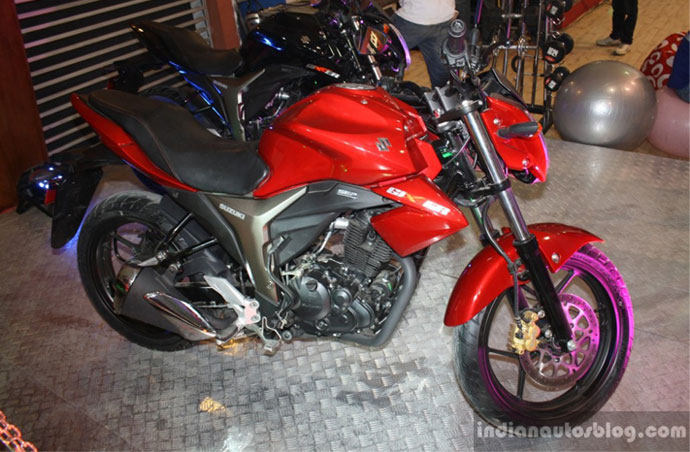 The Gixxer is powered by a 155cc air cooled 4 stroke engines with carburetor and is mated to a 5 speed gear box. The earlier 150cc bike GS150R was equipped with 6 speed transmission, which has been decelerated here. A power generation of 14.8 PS can be achieved with the Gixxer at 8000RPM with a consecutive torque of 14 Nm at 6000RPM. The styling and the appeal of this bike are second to none and has well all round standard fitments. The uniform nature of the bike from the head to the tail looks perfectly crafted for adolescence audience. The bike was earlier showcased with the Suzuki Let’s automatic scooter, which is selling well in the competitive industry. 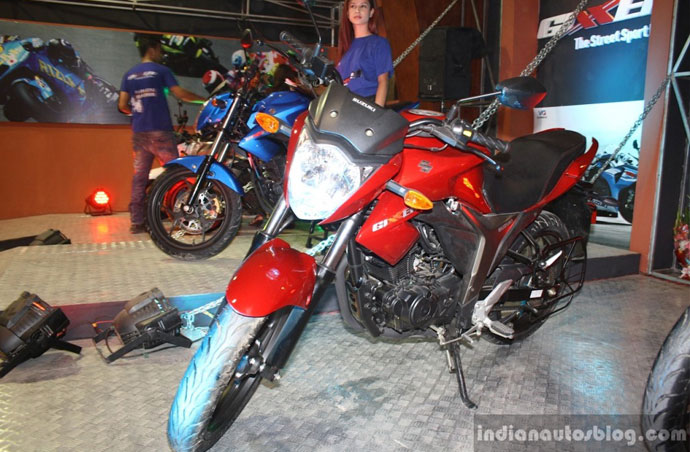 The Gixxer has been announced at Rs. 72,199 (Ex-Showroom, Delhi). Though, the On-Road prices have been previously announced over the company’s official page,  which shew Rs. 81,450 in Jaipur and Rs. 79,957 in Delhi. The color options available for this bike include metallic oort grey, candy antares red, glass sparkle black, metallic triton blue and pearl mirage white. The digital cluster looks fascinating and the practical nature with LED lights, broad tyres, rear mono shock suspension and highly curvy fuel tank is worth each penny.