In the existing Tata lineup, the Harrier, brand’s flagship is available to retail at the price range from INR 12.69 lakhs to INR 16.25 lakhs. In its segment, the SUV goes against the competitors likes Mahindra XUV500, Jeep Compass, Nissan Kicks and a few Hyundai Creta variants as well. The Tata Harrier rests on Land Rover derived D8 architecture, the Omega platform and available with a diesel engine option, as of now.

The mentioned diesel engine here is sourced from Fiat. it is the similar 2.0-litre, 4-cylinder oil-burner which performs propelling duty on the Jeep Compass as well. However, for the Tata Harrier, a slightly tuned-down engine is rated to pump out 140 bhp along with unaltered peak torque of 350 NM. The transmission duties here are managed by a 6-speed manual gearbox whereas the AMT facility and FWD system are not on offer for the ongoing Harrier. 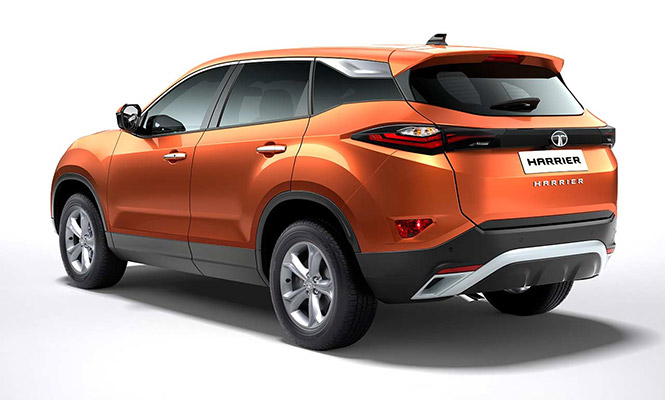 On a happy note, the automatic Harrier version is under pipeline and will also be featured with a sunroof option. However, a 4×4 drivetrain will be offered as an option or not, is not confirmed yet. Additionally, we would also observe the introduction of a petrol derivative for the SUV as well. As the surfaced reports online, the upcoming engine option will be a new 1.6-litre unit derived from brand’s ongoing 1.2-litre, 3-cylinder, turbocharged engine option.

Other than this, a 7-seater version of the Harrier is also expected soon in India. It was debuted at the recent Geneva Motor Show with moniker the Buzzard. However, in India, it is more likely to hit the country with a different name. Also, there are chances that the Tata Harrier automatic version will arrive in the Indian market in its 7-seater version.

Tata Harrier, Mahindra XUV500 Emerged as the Most Popular SUVs in India
Views: 1870

Tata Harrier showcased in Gurgaon before the official launch
Views: 1289