Nexon, the much awaited model from the native automaker Tata, has been showcased at the 2016 Auto Expo alongside the Kite 5 Compact Sedan. Both the units are still awaiting their appearance in the market. While the Kite 5 is slated to be launched during the festive season this year, no such news about the compact SUV has been slipped out by any sources. However, a complete production version of the Nexon has been caught on camera, showing the imminent arrival in the shores.

What's unique about the unit is that it will be the automaker’s first ever sub-4 meter compact SUV, which is also said to be based on the company’s new “Impact” architecture philosophy. Well, the recently introduced Tiago hatchback is the first vehicle to be blessed under this design language. Furthermore, it is also claimed to share some design cues with Range Rover Evoque, one of the company’s subsidiary beasts.

The production ready unit is more or less close to the concept that was first taken out before the crowd during 2014 Auto Expo followed by the later concluded motor show. Although the test mule was disguised from the corners in order to hide the details about the car, but, some of the features have already been revealed earlier like its ground clearance and length that are 200 mm and near 4 Meters respectively. 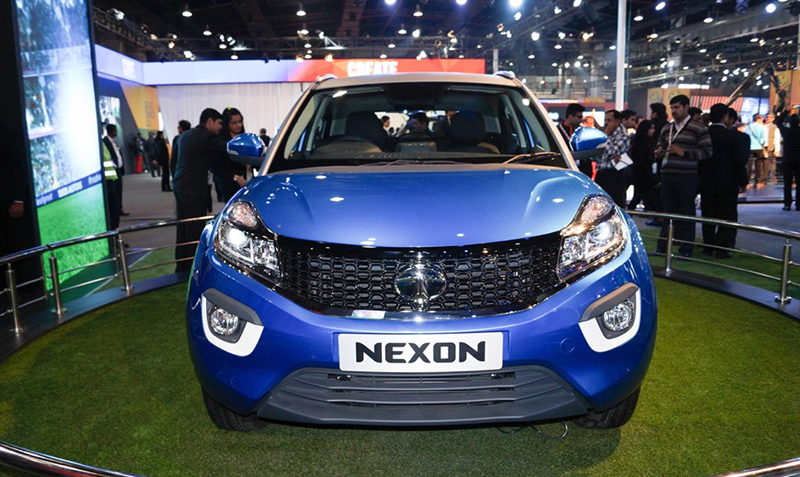 Also recmmended: Tata May Launch its Tiago Sport Variant in November this Year

Mechanically, it will be powered by a 1.2-litre, three cylinder, Revotron petrol engine. Some rumours are also there about an all new 1.5-litre diesel motor, sourced from Revotorq family, which makes out around 110 Bhp of power and 260 Nm of torque. Transmission duties might get performed by both a six-speed manual and an AMT (automated manual gearbox). Once arrived, it will take on the rivals like Maruti Suzuki Vitara Brezza and other sub-4 meter compact SUVs that fit in same bucket and segment.