Following its rivals, the third stalwart of the German Auto Industry is all set to enter the battle of the Titans with its all-new offering The BMW 7 Series Facelift. Touted as a facelift, but the German carmaker has kept a lot of surprises under wraps. What we know for sure now is that The BMW 7 Series rests on a new CLAR platform which makes it lighter. On the inside, the new BMW 7 Series will borrow its predecessor’s engine. However, rumors doing the rounds hint towards a possible hybrid powertrain variant. The flagship offering currently under testing at Nurburgring will make its India debut in 2019 and attract a price tag of 1.41 Crore * On Road Price (New Delhi) 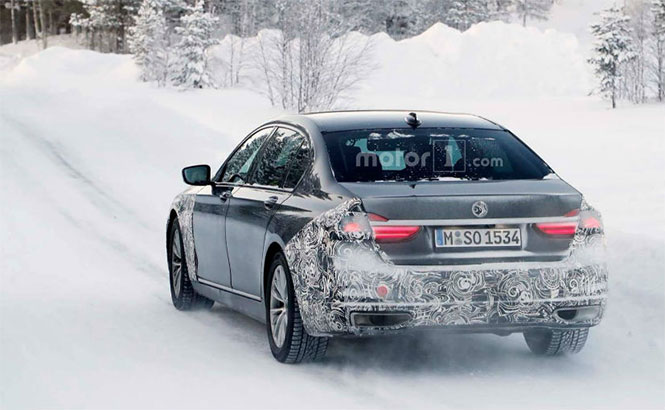 In addition to the all-new platform, the BMW 7 Series facelift promises major cosmetic updates on the inside and outside. A one of its kind new glass-cockpit design could leave the other rivals in its segment with a lot of catch-up work to do. The overall cabin design sans some subtle tweaks will, however, escape the designer’s knife. Some other features that will add new feathers to the luxury and aura of the BMW name include: 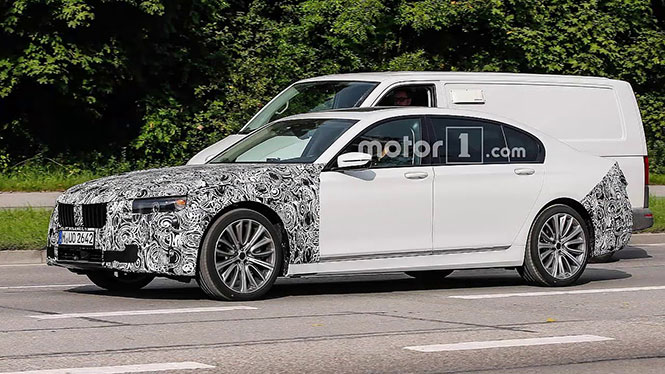 In all probability, the new BMW 7 Series 740i variant will be powered by the six-cylinder 3.0-litre capacity engine. However, it has been re-tuned to deliver 350 bhp. The 4.4-litre twin-turbo V8 engine powered variant of the facelift model claims 465 bhp of power. A hybrid option is also on the cards.

Check Out: Top 5 India Made Luxury Cars on The Occasion of Independence Day 2018
Views: 1339

Have A Look At Rolls Royce Vision Next 100: The Future Of Luxury Cars
Views: 6782