As the festive season is echoing across the country, how can the Indian manufacturers be noiseless? The automobile segment is swamped with an ample number of new as well as revamped arrivals. While people are already confused about what to purchase from the large chunk, manufacturers are loading more and more machines each day. Since the launch, Bajaj Auto’s extremely popular motorcycle- the V15 has been proved very lucky and hiked the sales graph of the company with considerable numbers. To serve Diwali 2016, the native giant has launched a new Ocean Blue variant of the bike in the market. Furthermore, a promotional campaign has also been launched by the automaker. 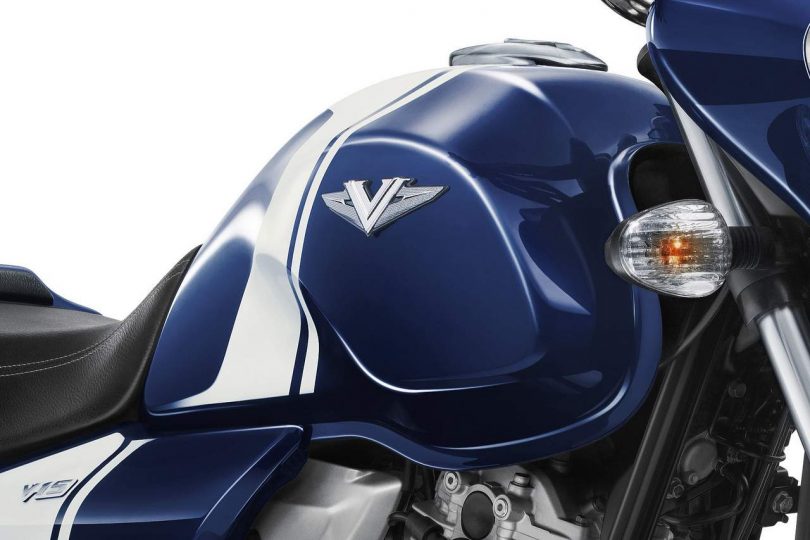 Owing to the connection with INS Vikrant, the commuter already has a huge appeal among the bike enthusiasts of the country. Considering the V15 with rest of the line-up, the motorcycle has certainly stood apart due to the unique design of the belly, which has been taken from the scrap of India’s first ever aircraft carrier. Bajaj has always been very connected with its buyers via highly impactful advertisements. To persist the effectiveness, the company has now released a new commercial, which is a film that portrays why occasions like Independence day etc, limit the national pride?

The sole purpose of the movie is to make people realize the importance and values of India’s rich history and let them feel a sense of pride every single day. The story portrayed was of a real life war hero Rear Admiral S.K Gupta who has also been awarded by Mahavir Chakra Award.

In terms of power, the new Bajaj V15 gets a 150cc air-cooled engine, which belts out 12PS along with 13NM of torque, mated to a five-speed gearbox. Since its launch here, the bike has passed over a mark of 1.6 lakh units and there’s no question that the numbers will certainly increase with this new ocean blue V15.

The available range includes Heroic Red, Pearl White, Ebony Black and now the Ocean Blue. If the success of the model goes like this, that day isn’t far when we witness more versions under the V brand. The bike has been priced in India at INR 62,132 (ex-showroom, Delhi).