Top 10 most expensive bikes on sale in India

Priced at INR 34.99 lakh, the Ninja H2 is the most affordable motorcycle in the list of top 10 most expensive bikes on sale in India. The Kawasaki Ninja H2 motorcycle is available to purchase in its 2019 calendar year avatar. For the new year, the hyper sport motorcycle has been updated with a new intake system, ECU, tyres, brakes and much more. The aspect which pulls the attention of the audience most is its power output. The engine is capable of churning out 231hp increased by 31hp and 141.7Nm of peak torque with the rising of 8.2Nm from the previous generation model. In addition to this, the hyper sport motorcycle is blessed with a special “self-healing” paint job. 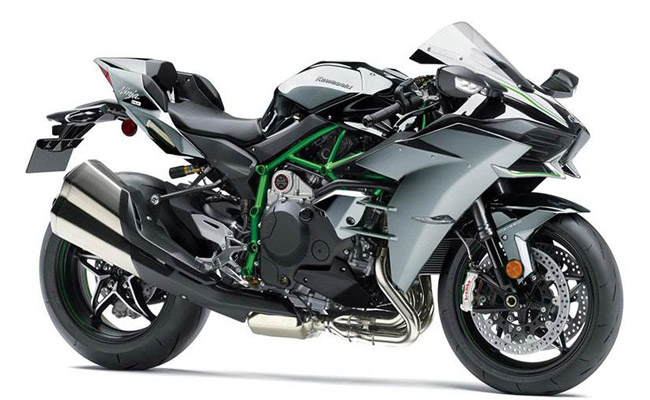 Indian Chieftain Limited has priced at INR 39.19 lakh in India. It is the most expensive touring bikes among the available range from Indian Motorcycles even from Harley Davidson as well. It comes featured with the Ride Command System that is claimed to have the largest screen. It responds quickly and provides the most customizable user interface on two wheels. It offers the facility of Bluetooth connectivity, navigation, vehicle information and much more. Among others, it includes a premium audio system that can automatically adjust as per the riding conditions and cruise control. It is powered by a 1,811cc Thunder Stroke III V-twin motor that churns out 161Nm of torque which makes the bike cruising like a breeze. It comes with an adjustable windscreen, saddlebags and custom seats which makes the journey comfortable and easier. 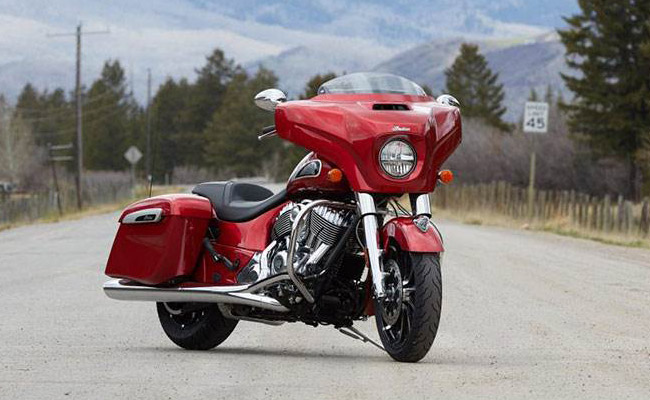 The Kawasaki H2 Carbon is an exclusive and more premium variant of the H2. it gets a carbon-fibre upper-cowl which adds to its visual appearance. It draws power from the powertrain unit shared with the 2019 Ninja H2. the churned power figures for the mill stands at 231hp and 141.7Nm of torque. Other than this, the 2019 version observed the inclusion of a new intake system, ECU, tyres, brakes and special self-healing paint job as similar to the Ninja H2. 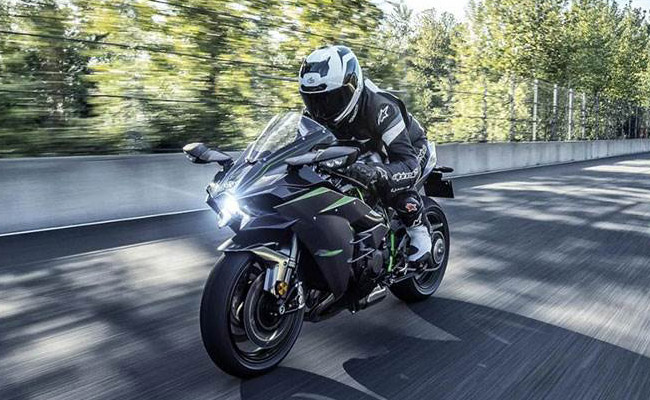 The Indian Roadmaster which is available to buy at INR 42.15 lakh in India, would take combat with a cross-country cruiser. In terms of features, the Indian Roadster is embellished with a touchscreen Ride Command system, an electric front screen, keyless ignition, adjustable footboards, heated grips and heated seats. Other than the Roadster, its more premium Roadster Elite variant’s one unit had also been sold in the country earlier this year at the pricing of INR 48 lakh (ex-showroom) 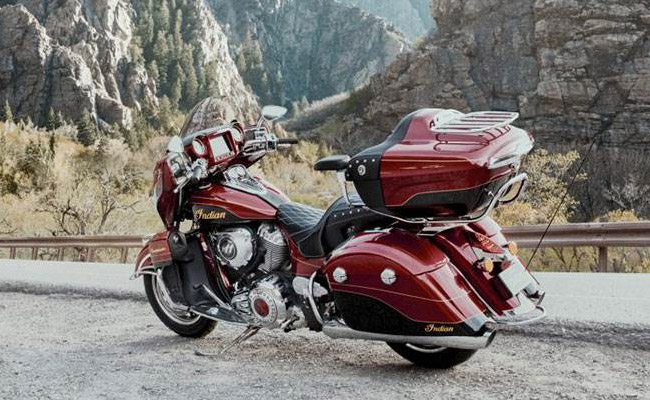 This is the most expensive motorcycle in the Harley Davidson Bike product lineup. Here CVO refers to Custom Vehicle Operations and it is powered by the brand’s exclusive most powerful engine, the 1,923cc Milwaukee Eight 117. While the features such as an audio system, a colour screen, keyless locking/unlocking, Bluetooth headsets, heated grips and heated seats are among motorcycle’s major highlights. 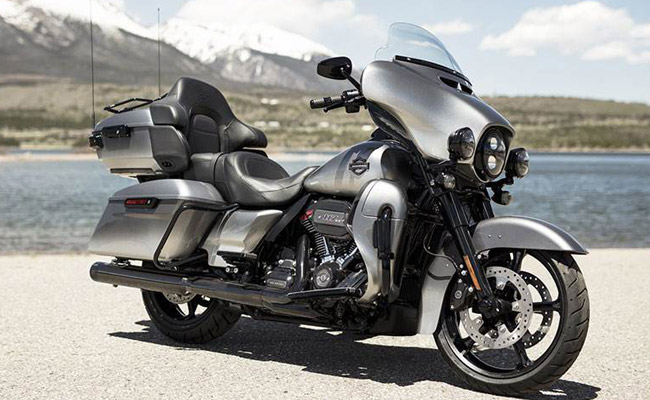 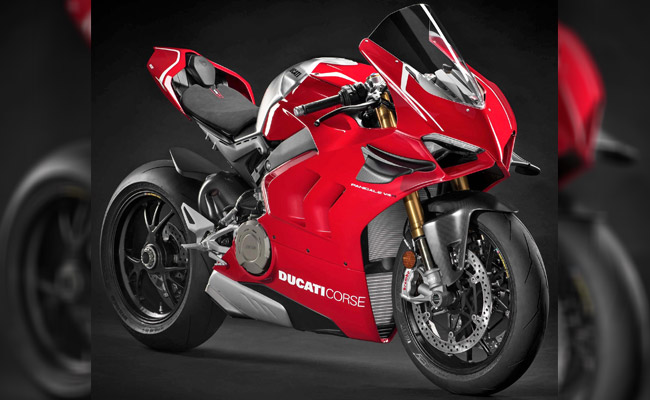 The Panigale V4 R is the homologated iteration of the standard Ducati Panigale V4 R Bike. It is powered by a 998cc motor that draws inspiration from the Ducati Desmosedici GP racer and uses the identical bore and stroke of the motor as well. In terms of power figures, the engine churns out the maximum power of 221hp at 15,250rpm along with 112Nm of peak torque at 11,500rpm. The company offers an aftermarket Akrapovic racing exhaust system as optional. It is claimed to increase power output from 221hp to 234hp at 15,500rpm. Priced at INR 51.87 lakh (ex-showroom, Delhi) the Panigale V4 R is one of the most powerful motorcycles being produced and available to purchase in the country. 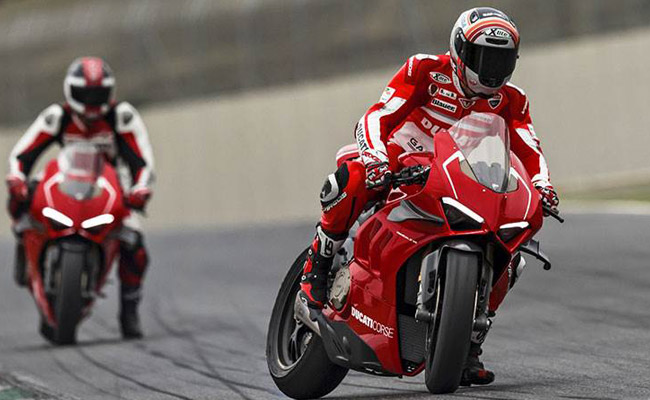 The Panigale V4 25° Anniversario 916 is a limited edition model which is developed to pay homage to the brand's iconic 916 for completing 25 years. It is a limited edition motorcycle which is produced only in limited counts of 500 units. It is more expensive in all Panigale V4 iterations. The Ducati 916 based on which this special edition is developed is known for most impressive racing statistics likewise 120 race wins, eight constructors' titles and six riders' titles.

Mechanically, the 25° Anniversario 916 shares its components such as the engine and suspension from the Ducati Multistrada 1260 while the underpinned sportier frame is borrowed from the V4 R. It runs on forged-magnesium Marchesini Racing wheels, get a titanium Akrapovič exhaust and a long list of features developed from carbon-fibre and billet-aluminium components. In the electronic package, the motorcycle featured with a dry clutch gets Ducati Quick Shift EVO 2 and Ducati Traction Control EVO 2, to command bike on the race-track.

Besides being the most powerful bike in the Kawasaki’s H2 stable, the 2019 Kawasaki Ninja H2R Bike is the second-most expensive bike in the list of top 10 expensive bikes on sale in India. The power figures on this beast are unbelievable develops with just a 998cc supercharged engine. The power figures are a stratospheric 326hp (with Ram Air) and 165Nm of torque. However, it is to be noted that the H2R is not a road-legal bike means it can only be used on the race track due to the availability of slick tyres. Among the updates, the 2019 Ninja H2R gets Brembo Stylema brakes, self-healing paint job and the new supercharged emblem on the engine casing. 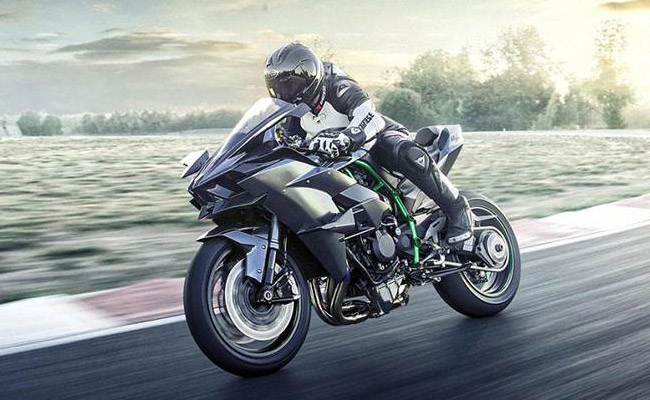 Priced at INR the BMW HP4 Race is the most expensive motorcycle and top the list. The qualities which attract the most towards this exclusive BMW motorcycle is the extensive use of carbon fibre. For your information, it is the first motorcycle in the world which uses mainframe thoroughly developed with carbon fibre and it is just 7.8kg in weight.

Other than this, the wheels setup is also fabricated with carbon-fibre and the use of several lightweight components helps the German bike maker in keeping the BMW HP4 Race Bike weight at just 171kg. Even the standard variant of the same tips at 208kg. Furthermore, most of its components are premium in nature while the powertrain has been tuned to roll out 215hp. It is to be noted the HP4 Race is a track-oriented bike and can't be used on roads. 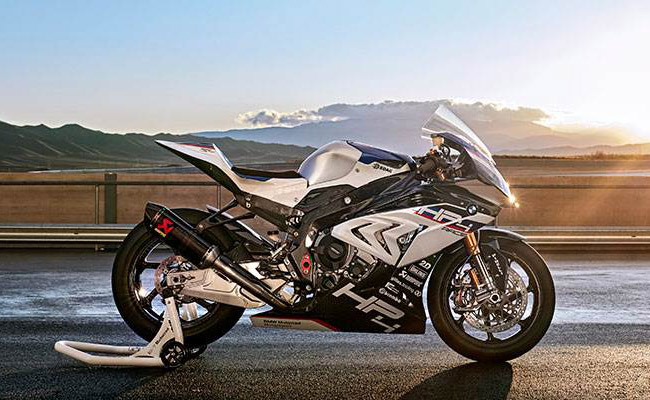