The much demanded, new Maruti Suzuki Ertiga, launched November last year, has been the most liked amongst the newly launched models and has experienced exceptional demand just like its predecessor. The model earned popularity on the basis of its features and classic construction. Its body is longer, wider and taller than the previous-generation car facilitated with standard equipment and safety features.

The second-gen Ertiga Z is designed to have alloy wheels, automatic climate control, push-button start, a rear wiper, washer and defogger along with a 12V charging points for all three rows and a front-centre armrest. As per the dealerships, the higher trims of the MPV are amongst the most liked by the customers but as far as delivery is concerned, it will take some time after the ordering and payments.

The delivery details are as follows:

The ZXi and ZDi trims can take time up to four months from booking whereas, the top-spec ZXi+ and ZDi+ of the brand would take comparatively longer time, i.e, of six months at most of the locations.

Facilities Attached To The Models

The Ertiga Z+ variant of the Maruti brand has been loaded with Maruti Suzuki SmartPlay infotainment system, a rear parking camera and the leather-wrapped steering wheel. The speculations of Maruti regarding the higher variants of the MPV, was of considerably lower demand which became faulty with time, thus resulting in a delay in the demand fulfilment by the brand whereas, the lower-priced LXi and LDi variants are easily available with some of its dealers. 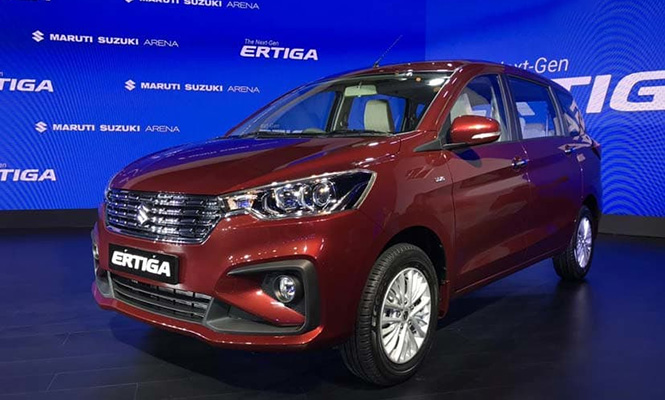 Read Also:-Report on January 2019 Car Sales India: Sales Down Across All Brands

Maruti’s Ertiga in India would be the competitor in the market after recently launched Mahindra Marazzo, the Honda BR-V and the Renault Lodgy.

Maruti is planning to launch a more expensive and luxurious six-seat Ertiga which would be made available in the showrooms later this year.