Toyota put their curtain off to the 11th gen Corolla Altis

Just like the usual, the Delhi auto expo 2014 has something out of the league for its spectators and this year it's the legendary Corolla Altis 11th generation.

The new version of the vehicle has completely different set of style as well as interiors and above all corolla has enhanced its standard in luxury car section by introducing this car in the market. The mentioned car is available for its customers in diesel and petrol model as well.

Both the model of the vehicle is equipped with the new attractive grill, LED headlamps, four LED clearance lamps and let's not forget the new 16" alloy wheels which all together gives the car a super stylish look. When talking about the interiors, the black carbon instrument panel along with the plush leather seat gives the interior of the car a real classy look. Out of all the new features the one that attracts the customers most are the push start button, rain sensors, 7 inch touch screen and voice command capable audio. 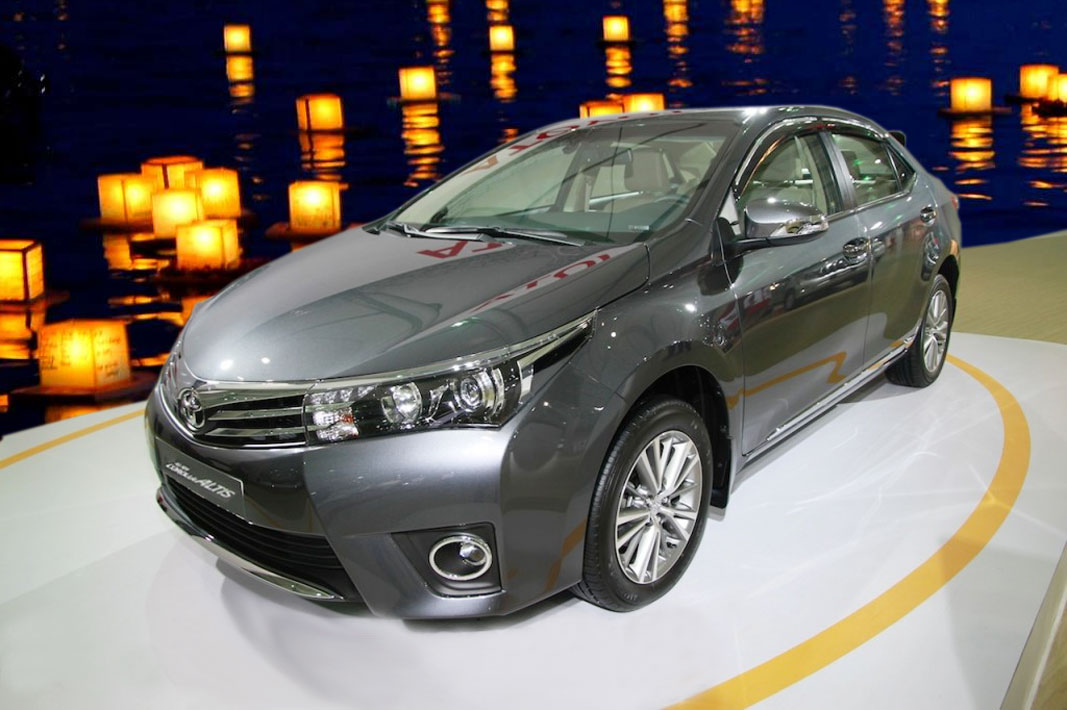