The British manufacturer’s custom bike wing called Triumph Factory Customs, an abbreviation for TFC, has revealed its TFC lineup for 2019 including the Thruxton TFC and the all-new Rocket III. FYI, both of these models are limited edition models and will only be produced in a limited count of 750 units.

2019 Thruxton R TFC is a special edition model that incorporates carbon-fiber bodywork, a power bump and a host of premium components and material to look it more exclusive over the standard model. At the skin, this limited edition bike is finished in a 'Deep Satin Black' paint scheme and sports brushed-aluminum-finished inserts on the tank. In addition to this, the motorcycle features hand done gold pin-striping on the fairing, fuel tank, and rear-seat cowl. 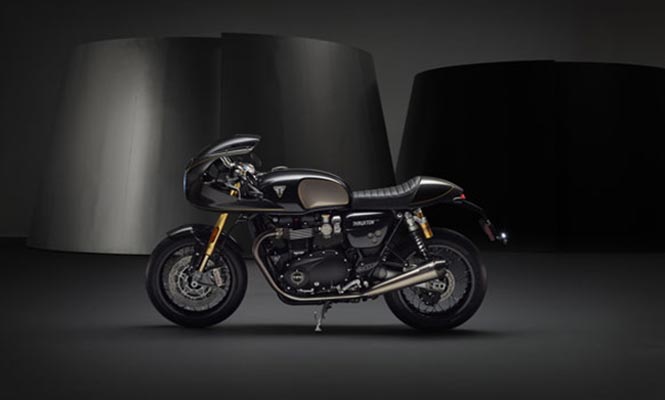 The Triumph Thruxton TFC is loaded with the similar 1200cc engine though it has been electronically adjusted to develop increased 10hp and 3Nm to churn 107hp and 115Nm of torque. As the company claims, it has been attained by using lighter components, revised ports, high-compression, cam profile and a Vance & Hines exhaust as standard fitment. The motorcycle now is almost 5 kgs less heavy than the earlier model, at 198kg.

Runs on track-spec Metzeler Racetec RR tyres, the Thruxton TFC uses Ohlins sourced NIX30 USD fork and twin shock absorbers for suspension. While the braking setup comprises here are twin 310mm floating discs up front with Brembo four-piston monobloc calipers and a 220mm rear disc with a Nissin caliper. The Thruxton TFC has put for pre-booking in the UK and will be delivered from June at £17,500 (Rs 16.15 lakh).

The all-new Triumph Rocket III is another TFC offering for the year 2019. The Rocket III was firstly introduced in 2004 and uses the massive 2,294cc, in-line three-cylinder engine. It was rated to churn out a maximum power of 148hp at 5,750rpm and a peak torque of 221Nm of torque at 2,750rpm. As per the waving rumours, the new Rocket III could get a bump in the engine displacement from 2300cc to 2500cc (approx).

The officially revealed images of the Rocket III make us believe the power cruiser using an Arrow exhaust with carbon fibre covers and a windscreen of similar carbon fibre material.

The suspension also seems altered from a monoshock to a single-sided swingarm setup. Also, we can expect a whole new chassis considering such cycle parts alterations. It will also help in keeping cruiser’s weight in check which is 367kg for the current generation Rocket III. 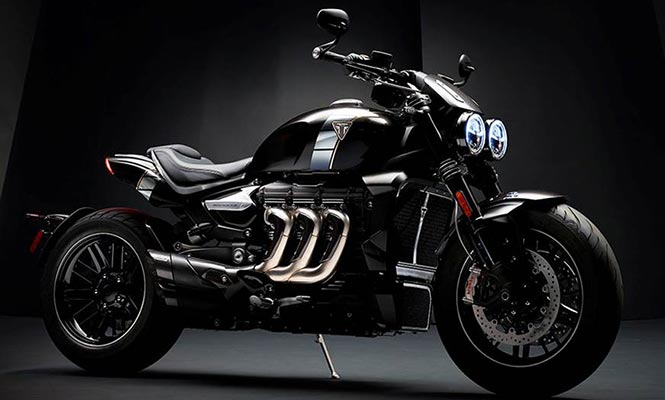 The introduction of a wider handlebar and repositioned footpegs has changed the riding ergonomics. While it received a host of components from other Triumph models like Brembo M50 calipers brakes and the digital instrument cluster from the Scrambler 1200. The bar-end mirrors are carried from the Street Triple RS.

The all-new Rocket III is revealed yet. The pricing and launch details for the model are expected to release on May 1, 2019. Indian enthusiasts, both of these models, the Thruxton R TFC and the new Rocket III are not announced to hit the Indian market anytime soon, which could be heart-wrenching for many.

Get to Know About Newly Launched Triumph Scrambler 1200 XC
Views: 1061