Triumph Motorcycles has its own renowned individuality in the Indian two-wheeler market. The British motorcycle maker has already offered a wide range of motorcycles comprises of Adventure, Roadsters, Classics, Cruisers and Supersports. The cruiser range majorly includes Rocket III Roadster and two amazingly designed variants under Triumph Thunderbird. Talking about original cruiser styling offered by UK firm is Triumph Thunderbird LT. Introduced last year, it has made its distinctive appearance in cruiser segment. By having a close look over Triumph Thunderbird LT, it can also be said that it is a perfectly fabricated cruiser motorcycle which would be able to turn thousands of heads. 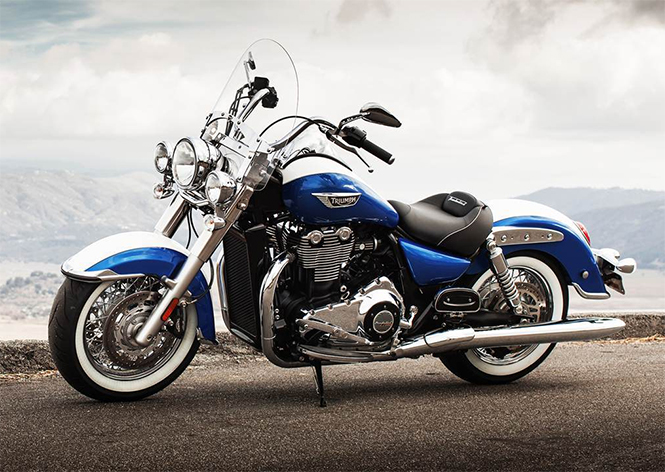 Triumph Thunderbird LT, a light-weight, higher-capacity engined cruiser which is meant to rule the city-streets. Directly competing with heavily designed Indian Motorcycles and Harley-Davidson motorcycles, this one is strictly beating all others in its segment. The lavish cruiser design acquired by Thunderbird LT can be seen from its stylish curves and cues and chrome dipped bodywork. If you are looking out for something on which you can cruise all over, rather than Harley-Davidson, the only motorcycle that fulfills your requirements is Thunderbird LT. 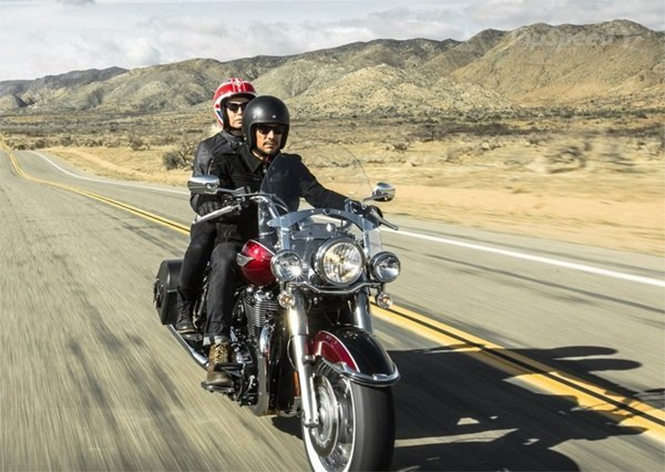 Cruiser, the first thing strikes my mind after hearing this word is bulky, long-sized, comfortable with upright riding posture, higher capacity V-Twin engine, saddlebags and a lavishly styled curves and cues. And, all these aforementioned requirements perfectly match up with Triumph Thunderbird LT. Starting from front; the round-shaped headlamp is guarded by two other small-sized headlamps and blinkers at bottom. The chrome plated headlight cowl is itself an eye-catching feature primarily. Moving onwards, it is further accompanied by a mid-sized visor and high-quality suspensions mounted over front tyre. 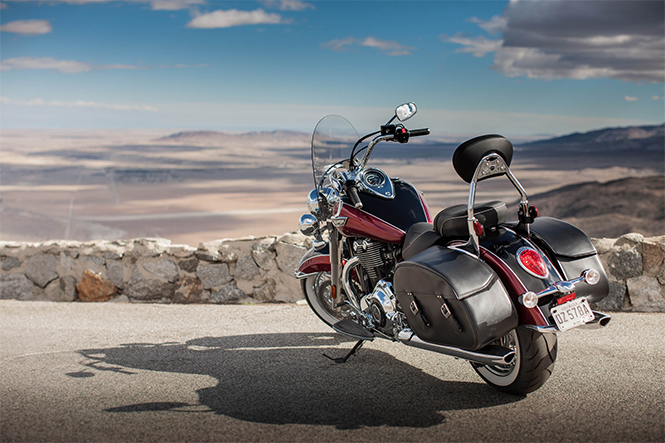 The bulky fuel tank is further complimented by analog instrument console mounted over the top; made up of chrome. Upright riding posture is offered by appointing perfectly positioned foot-pegs and split-cum-stepped seat along with backrest for pillion rider. The chrome-dipped dual exhaust tail is further admired by leather saddle bags on rather sides, which can be fitted as per requirement. The rear section is decorated by LED tail lamp and a little bit of chrome work carrying two blinkers alongside.

Mechanically, Triumph Thunderbird LT gets a roaring liquid-cooled, DOHC, V-Twin motor configuration, where V-Twins are adjusted at 270 degree firing interval, which gives a total engine displacement of 1699cc. The V-Twins are tuned in such manner to throw out a maximum power of 92.7 BHP @ 5408 RPM and achieves a peak torque of 151 Nm @ 3550 RPM, while coupled with 6-speed transmission. 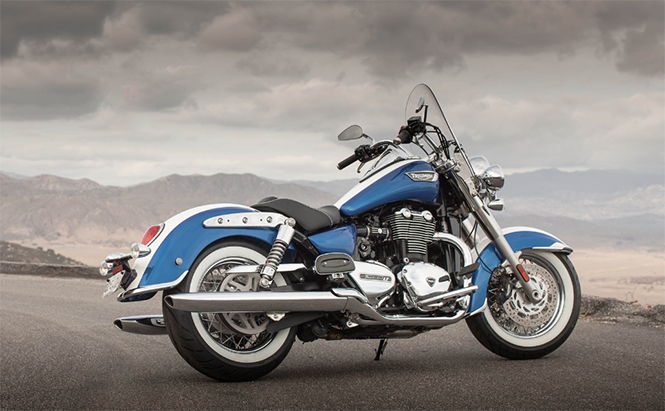 Designed around a Tubular steel twin spine frame with twin-sided steel swing-arm, the frame is further incorporated to travel forks at the front and 5-way adjustable preload twin shocks at rear. The Showa suspensions will not let you feel dead-tired while your cruising trip. The stopping power has been taken care by Nissin twin-floating disc brakes at front and single 2-piston floating caliper at rear, catered by Brembo, ABS as standard. The 56-spoke broad wheels are capable enough to take you for a long ride across countryside.

With a fuel tank capacity of 22 litres and pannier capacity of 26 litres, it draws out a total weight of 380 kg. Loaded with all these bulky wears and gears, it comes carrying a hefty price tag of INR 16,19,670 Lacs (Ex-Showroom Delhi).