TVS Motors has launched the 2019 model year version of its Apache RTR 160 4V model. Equipped with the going to be a mandatory feature of ABS, the motorcycle is available to retail at INR 98,644 (ex-showroom, Pune).

As of now, the ABS version of Apache 160 4V is available only for fuel injected trim. While the carburetted iteration will be introduced with the advanced safety of single-channel ABS in the coming weeks. For this ABS equipped fuel injected variant, the company is asking for the premium amount of INR 6999 over the earlier variant. While for the carburettor trim, we are expecting a price hike of INR 5000. 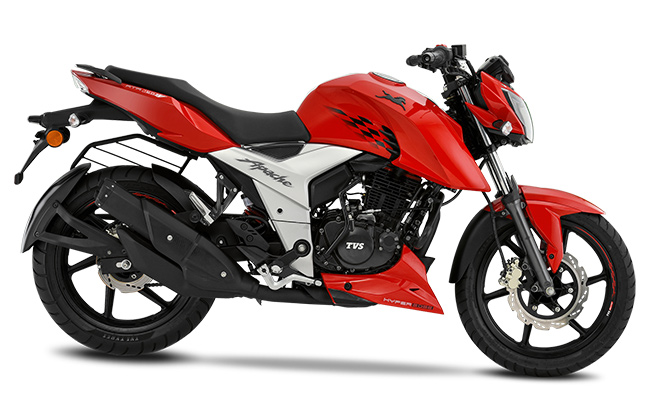 Beneath the fuel tank, both the trims get the similar 159cc single-cylinder oil-cooled engine. With the fuel injection system, the mill is rated for 16.6bhp of maximum power while the carburettor system helps in churning out 16.2bhp with the same powertrain. The torque figure for both the variants stands at 14.8Nm. The power transmission to the rear wheel is managed by a five-speed gearbox unit.

The braking setup on the carb version comprises front disc and rear drum whereas the FI version comes armed with disc brakes at both wheels. Other than this, the rear tyre on both the variants is of different size-110mm and 130mm width respectively for the carb and FI variant.

The Apache RTR 160 4V lock horns with the rivals in the segment including Yamaha FZ V3.0, Honda CB Hornet 160R and the Suzuki Gixxer.