Followed by the Scooty, Wego and Jupiter, TVS NTorq introduced in Indian lineup in Feb 2018. Offered in a range of exciting colours Including Matte Yellow, Matte White, Matte Green and Matte Red, this newly launched 125cc scooter is targeted to the Younger audience of the country.

On the other hand, Honda Grazia which was launched late last year is the new sensation from the market leader in the segment. Being offered in three variants of Standard, Standard Alloy and Deluxe, the new flagship has earned exciting sales numbers. For Grazia, there are six colour options to select comprising Neo Orange Metallic, Pearl Nightstar Black, Pearl Spartan Red, Pearl Amazing White, Matte Axis Grey Metallic and Matte Marvel Blue Metallic.

Check out the detailed comparison of both the scooters on the basis of write down aspects. 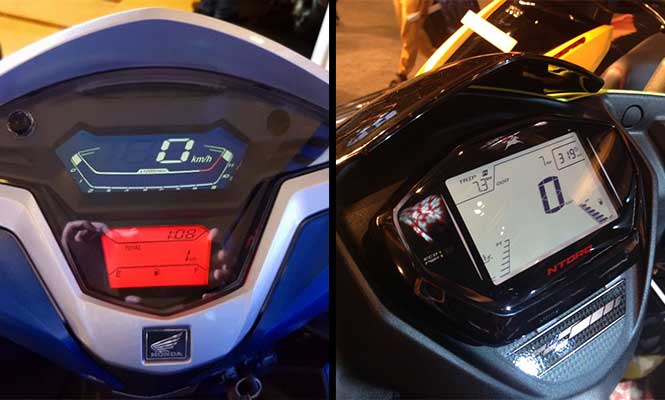 Apparently, there is not much difference in terms of looks in the NTorq and the Grazia. The Grazia’s feature list comprises LED headlamp setup, all-digital instrument console with 3 step eco speed indicator and a 4-in-1 ignition lock with seat opener switch. Its suspension setup incorporates telescopic front fork and rear monoshock.

A new 124.79cc, air cooled, single cylinder engine from TVS, power the new NTorq with the maximum power of 9.4 PS at 7,500 rpm and 10.5 Nm torque at 5,500 rpm. The power transferred to the rear wheel via a CVT automatic transmission. The scooter is able of attaining the top speed of 95kmph from the loaded powertrain. 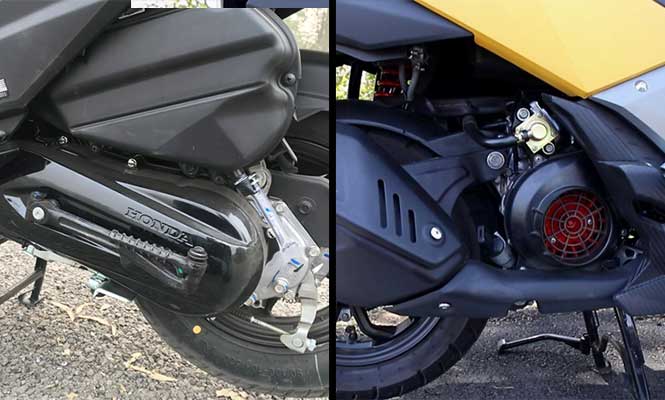 Whereas the Honda Grazia comes equipped with a 124.9cc, fan cooled single cylinder engine that is capable of producing the peak power of 8.63 PS at 6,500 rpm along with 10.54 Nm torque at 5,000 rpm. The engine is capable of ticking the top speed of 90 kmph.

There is not much difference between the prices of both the scooters. The TVS NTorq receives the price tag of INR 58,570 whereas the Honda Grazia carries INR 58,133 price tag.