A few months backs back, a digital render of Ultraviolet F77 has been revealed by the TVS backed electric mobility company-Ultraviolette Automotive. However, back then, we were unable to get a detailed idea about how the bike will exactly look like. Currently, the situation has changed as their latest electric bike offering called Ultraviolette F77 has been spied testing on the roads in Bengaluru.

The leaked images of the upcoming electric F77 bike have given a good idea regarding the bike features. It is expected that this new electric mobility offering will come with striking full-LED headlamps with diffuser DRLs at the bottom. The shape of the lamps is minimum and closely resembles the sporty KTM bikes looks, but with their own distinct identity. The full shrouding around the USD fork at the front is undoubtedly eye-catching and will give a unique look to the bike. Well, the leaked images do not provide a clear idea regarding the side profile of the bike, but it is certain that full covering will be used to cover the bigger battery pack and electric drivetrain lurking inside.

A large digital instrument cluster along with a triple clamp is also present for the clip-on bars in the bike. From the looks, it seemed that the test bike model was free of any decals, but it would be interesting to see whether this clean look will go on to the production variant or not. Well, we certainly expect this to happen as the tech space guys are a big fan of clean and clutter-free design and it is something that Ather has nailed it perfectly with its 340 and 450 scooters in the past. 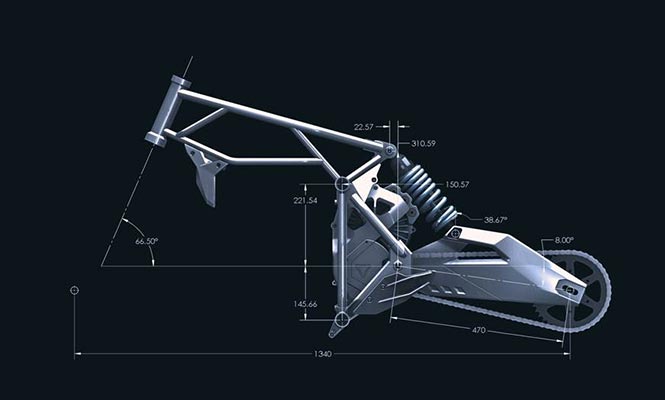 Talking more about bike design, a sharp and sport tail section with twin-slash LED brakes are also present at the back of the spied Ultraviolette F77 bike. KTM look alike LED indicators are also present in the car. The rubber-topped footrests at the front also share similarities with KTM, but the pillion pegs and the number plate holder have been kept well-finished with a high-quality metal unit that is something unique to watch. An all-new wheel design with tiny blue detailing on a couple of spokes has also been used in the car. This same blue splash can also be seen on the monoshock.

Read Also: Royal Enfield Electric Motorcycle is Under Development in the UK 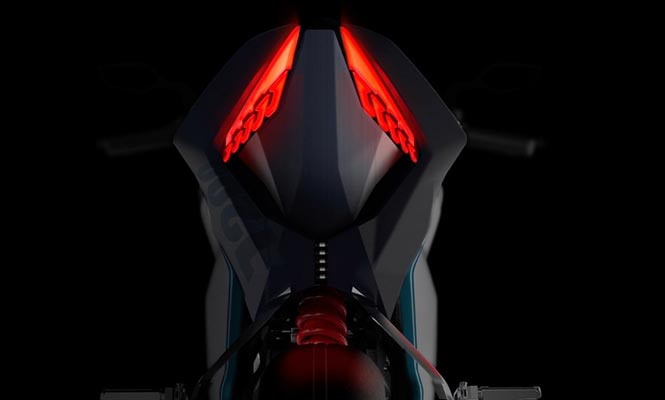 Now, you would be wondering what else interesting has been revealed from the spied images? Well, it seems like the new F77 bike from Ultraviolet will come with a conventional key ditching the smart option, and keyless start system presence is also a doubt. The same Metzeler M5s tyres present on the prototype were seen running the F77 electric, which means the braking system on the prototypes was also good to be carried forward. The bike will also sport dual-channel ABS. Surprisingly, the mirrors were absent in the test model of the bike, and would this be the route; the company take going forward will be something interesting to see.

So, summing up, let's give you a quick idea about the Ultraviolette Automotive and its journey so far in electric mobility space. Ultraviolette Automotive is a Bengaluru based electric automotive start-up that has started in 2015. Recently, TVS motors have invested close to INR 6 crore in this Bengaluru-based startup and also own 25% stakes in the same company. The Ultraviolette F77 is the first model from the company that has been fully developed in-house. The company has been best known for developing electric mobility solutions, and this latest F77 offering with 25kW/90Nm electric motor will compete against the 200cc bikes present in the market. Well, if talk about price, then F77 is expected to be priced around INR 2.25 lakh and would go on sale at the end of 2019.