Talk about the luxury SUV saloon segment and Volvo sits on the top of the list!! The Swiss carmaker has always imparted opulent machines with unique luxury equipment, which we have never heard ever before. Marking footsteps with its first-ever hybrid car, Volvo has launched the XC90 T8 Excellence in India at a price of INR 1.25 crore (ex-showroom, Delhi).

A brief insight about the newly-launched SUV:

There is no significant change in designing terms whatsoever. Although, a close look reveals a covered plug-in socket, residing on the front fender and a T8 named badge embossed on the boot. The 21-inch alloy wheels and additional chrome bits on either side endeavor to intensify the visual appeal of the SUV. Moreover, the front fascia is enriched with muscular projector headlamps, large bumper, black-finished grille carrying signature logo in the middle and broad windscreen.

The top-spec XC90 features a 2.0-litre, turbocharged four-cylinder petrol engine that is good for 320BHP of power for the front wheels. The petrol mill is combined with an electric motor to churn the rear wheels with a power of 87BHP, ergo making an aggregate power of 407HP. Moreover, a 25HP motor/generator has been placed between the petrol trim and the transmission, which makes the transition smoother between different driving modes and stow the torque gaps (if any). The petrol hybrid SUV covers a range of 40km, claimed by Volvo. 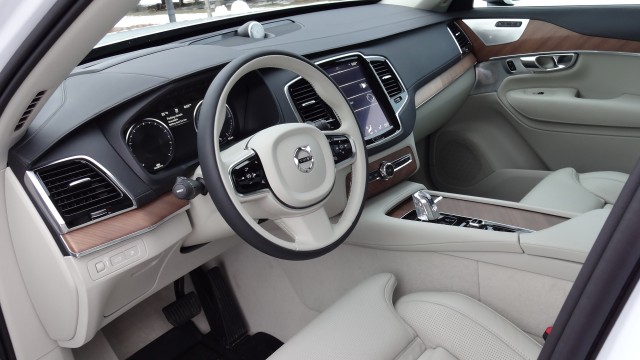 The scenario inside the car is totally different, though. Equipped with four seats, the luxury vehicle discards the rear bench. The couch is reclinable, heated and has its own personal climate control setup. Tailor-made center console on the rear area features a beverage cooler. Rear passengers can also avail the benefits of an ‘Excellence Console’ via which the rear seat environment can be customized with respect to the air-conditioning temperature, seat heating level, massage, etc.

To complete the package, the Swiss giant has done a great job at the dashboard area as well. A driver-oriented center console, different drive modes for different roads, a ‘Sensus’ infotainment system to control the AC temperature, Bluetooth setup, and a navigation arrangement comprise the technological segment of the car. Furthermore, a fascinating Bower and Wilkins sound appliance equipped with 19 speakers has also been armed with an amplifier to diminish the noise and generates a flawless Sweden music of 1400W. 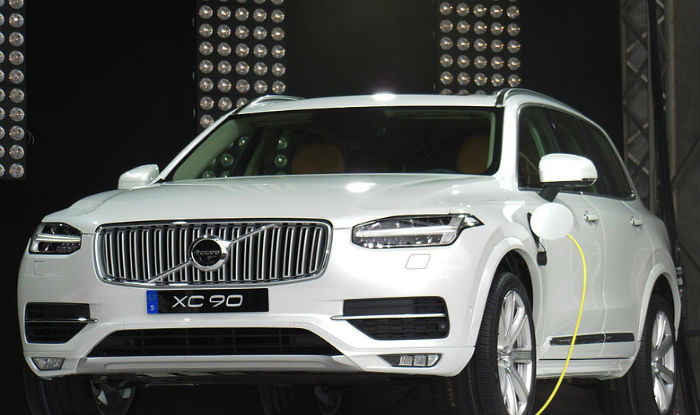 Tom von Bonsdorff, Managing Director, Volvo India, said “The XC90 T8 Excellence sets industry benchmark for an environment-friendly efficiency and emissions while enveloping customers in a first class Swedish luxury. It is not only a segment first, but India's first plug-in hybrid SUV and we see a lot of interest from our affluent customers who prefer experience 'responsible' luxury.”

Volvo Confirms Death of Diesel Engines In India By 2024
Views: 1018