After so many years of success, Yamaha is ready to twist their one of the few hues in India. Here we are talking about FZ series. Recently, IAMABIKER.COM has published a picture which describes the bike’s most vital looks as the bike was uncamouflaged. This was a red Yamaha FZ ver. 2.0. The new bike has borrowed many of the bits from the current model, but it looks refreshed due to a good number of changes pushed over the rear.

There are many visible changes in the bike. The chin of the bike has been reformed by curving it inside the headlight. The headlight shell is designed for the dual colour scheme with black being the base colour. The air dams looks more muscular and the new muffler endows a much sporty nature to the bike. Seats have been parted with a broad under thigh portion and tail lights. The new FZ will be equipped with a less broader rear tyre which will take care of mileage. 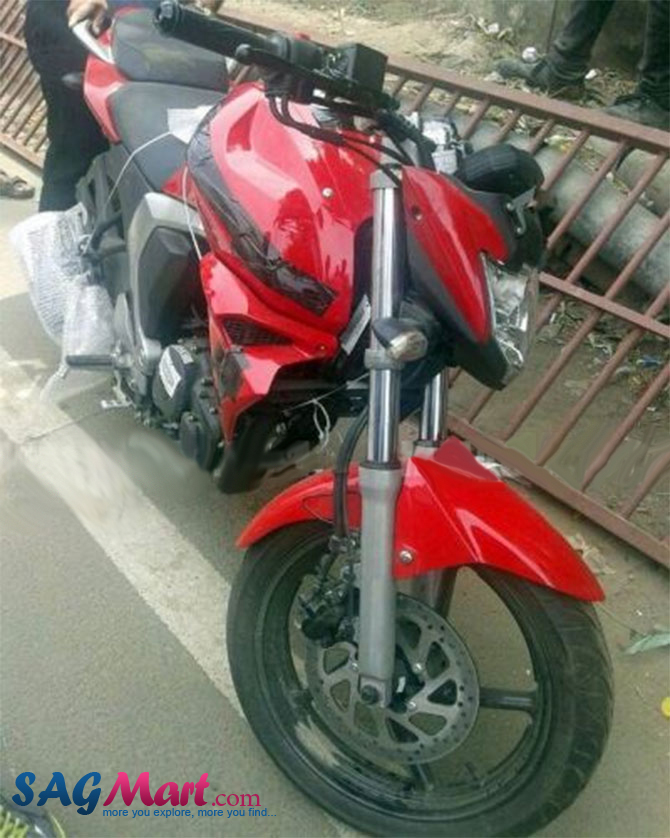 The bike is expected to arrive by the end of the year with a slightly higher pricing. It will boast the same engine which is in current bike. It will be competing with the all time ruler Bajaj Pulsar, the Honda's smart contender CB Trigger, the beast personality TVS Apache RTR and the all new Hero Xtreme Sports. Suzuki will also put its word in the form of Gixxer. The Yamaha FZ’s performance is going to be raised by a slight amount as the engine will be coupled with a fuel injection instead of the carburettor.