The much-awaited naked sports from Japanese bike maker, Yamaha MT-15 has finally been launched in India on March 15, 2019. From the earlier set of spy images and leaks from dealerships, it was obvious that we are not going to get the international-spec MT-15 and it will be miss out on some features in a bid of keeping cost in check. Still, lacking in several premium components, the Yamaha MT-15 bike surprised fans with its staggering price sticker of INR 1.36 lakhs, ex-showroom.

The features which are missing in the Indian variant as compared to the international variant includes USD forks up front, dual channel ABS, colourful alloys, Pirelli or Metzeler rubber, contoured fuel tank and much more. It made the fans angry and many of them started trolling MT 15 with Empty 15 on social media. The Yamaha’s ‘Call of the Blue’ campaign consists of the R-Series, FZ Series and MT Series which includes MT15. Also, an array of components used in MT15 are shared bits among existing Yamaha bikes in India. With aspects like shared parts, local manufacturing and several other cost-cutting methods, Yamaha lovers thought of bike would carry an affordable price sticker, however, the tagged price sticker at the launch left many of enthusiasts aghast. 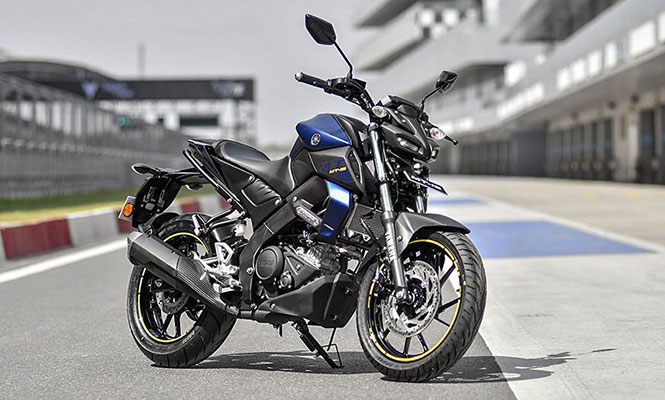 At a place, the expectations among the enthusiasts were of finding a more accessible price tag due to bike lacks in several premium components. However, the price tag of INR 1.36 lakhs that is just 3k lower than its fairing sibling’s price sticker of INR 1.39 lakhs which at least features a full fairing and dual-channel ABS, left the spectators in an all silence.

The company offers two colour options of Metallic Black and Dark Matt Blue for this naked flagship. It comes embellished with a LED headlamp and tail lamps, an all-digital instrument cluster and blacked out alloy wheels. Under the fuel tank, the new Yamaha MT15 gets a 155cc, liquid cooled, 4 stroke, SOHC, 4 channel, fuel injected engine with VVA technology. It is the similar unit performs propelling duty on the Yamaha YZF R15 V3.0. Mated to a six-speed gearbox transmission, the mill is rated to develop the maximum power of 19.3PS and the peak torque of 14.7Nm at 8,500 rpm. Among other features, it gets telescopic front forks, a single channel ABS system and a 282mm disc up front and a 220mm disc at the rear as braking setup. Deliveries against bookings are expected to start from April this year.