We are going to see the end of the year 2018 and the Indian biking industry continues to see the arrival of newbies. Already the market got flooded with the launch of KTM Duke 125, Royal Enfield 650 Twins, Jawa and Jawa 42. Meanwhile the last days of the year, the excitement is on as a lot more motorcycles are slated to launch by the next year. And we suggest an all-new product from the Japanese giant, the new Yamaha XTZ 125 dual-purpose motorcycle soon. Dual purpose means the bike is suitable to ride on city roads and on off-roads.

Lately, the motorbike in question is captured on camera on the outskirts of Pune via a biking enthusiast, Manigandan Rajesh. At the powertrain, Yamaha XTZ 125 gets a single-cylinder, air-cooled, SOHC engine with 124cc engine displacement. The mill is responsible for generating 12.5 HP/9.2 Kw at 8000 RPM, and 11.6 Nm at 6500 RPM. Equipped with a fuel tank of 11 litres, the off-roader uses carbureted fueling along with a 5-speed gearbox. The braking specs on the motorcycle will be a front disc and a rear drum brake. While the ABS system will also be on equipment. 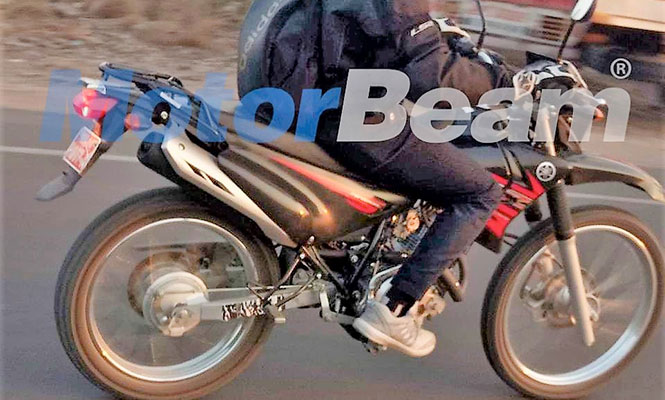 Tips at 118 kgs, Yamaha XTZ 125 is one of the lightest motorcycles in the segment. Runs on a 21-inch wheel at the front and 18-inch one at the rear, the adventure bike get suspended on a telescopic fork in the front and a swingarm at the rear. The motorcycle uses knobby tyres to easily take on the uneven terrains.

Yamaha India has already revealed its plan of rolling out new motorcycle in the coming future. The entry level commuter segment is not going to be the focus of major concern for the Japanese bike maker as it is looking forward on a bit more premium segment, 125cc or above. First up the automaker will introduce 125-300 cc India-made motorcycles. We could consider the Yamaha XTZ 125 will be the part of the first lot as the motorcycle has been spied performing test runs in the country. We expect the motorcycle to hit the production line and launch subsequently in early next year.

In terms of pricing, it will carry the price tag around INR 1 lakh and will see competition with the rival KTM Duke 125 in the segment.