At a place, It’s pretty surprising while on the other half it's amazing for those who are waiting for Yamaha YZF-R15 V3 since a long time. Yes!!! The waving news from a Yamaha fan is suggesting the motorcycle launch in India on coming 8th of January. The Information credit goes to the Yamaha dealer in his city.

Besides, the numerous spied events of the Yamaha R15 V3 in the nation also strengthens its launch on January 2018. Lately, the full-fledged bike painted in dual tone matte red and grey colour scheme with new sticker job has been spied outside a dealership.

Earlier too, the market ready R15 V3 in Yamaha Blue shade had been seen various time during test runs at different locations in the country. The major and much-needed change, really expected by huge numbers is its seating, the front, and the rear seat is now pretty aligned and comfortable for the daily commute.

As reported from the sources, the unofficial bookings for the motorcycle have already been commenced at certain dealerships. Also, on pricing aspect, the R15 V3 will see a marginal hike and would be tagged with the price sticker of INR 1.25 Lakh (ex-showroom) approximately. 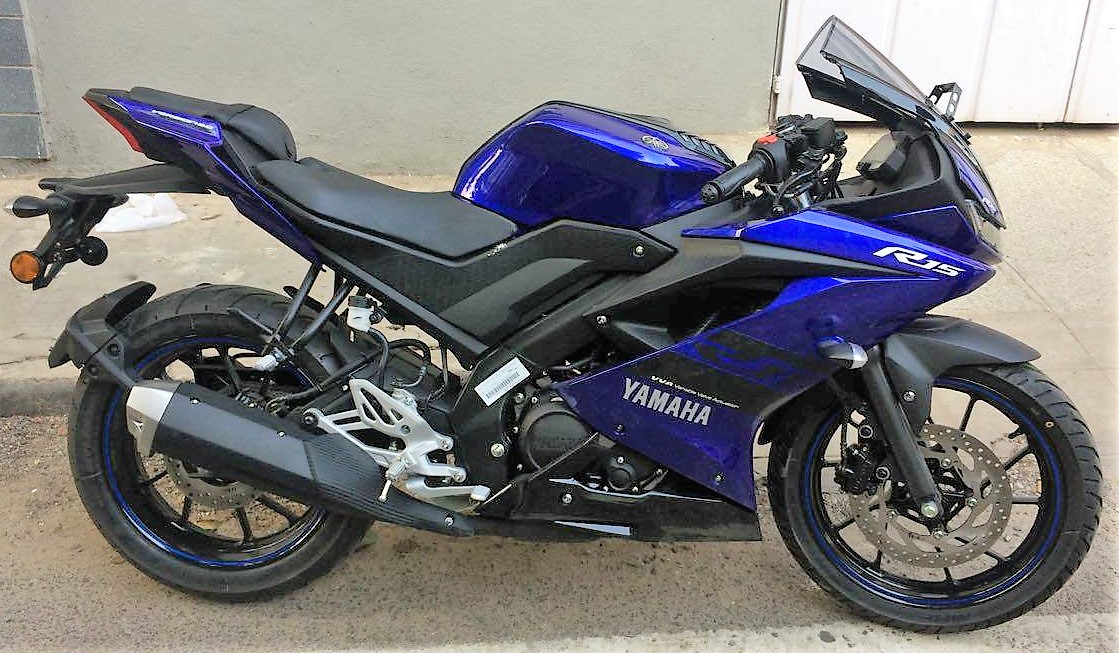 Though there will be a host of changes in the India-bound version as the bike spotted here in Yamaha Racing Blue shade was equipped with the conventional telescopic front forks instead of USD forks. Moreover, the bike could get a different front fender, MRF tyres and iron mould foot pegs. The ABS fitment that is not being provided by the Yamaha on the international iteration of the bike so its chances here is negligible.

Apart from this, this version could get LED lights while the slipper clutch could miss out by the automaker in order to keep the price of the bike in check.