Japanese firm Nikon Corp. also referred as simply Nikon is known for its manufacturing of camera. Nikon recently brought forward its First 4K, 360-degree Action Camera in CES 2016 under the moniker of KeyMission 360. However, at the time of launch, the company gave no details on the pricing or as to when would the camera be made available for purchase.

In terms of specifications, the KeyMission 360 camera featured two lenses for full 36-degree video capturing. What makes it more interesting is the fact that it can easily shoot up to 4K resolution. The camera is waterproof up to 100ft/30m, can withstand dust, shock and even low temperatures. It also supports an electronic vibration reduction feature to reduce the effects of camera shake. This can enable through Nikon's app during video playback. The camera itself looks like a small cube and packs in Bluetooth, Wi-Fi, and NFC for connectivity with your smartphone or tablet.

Nevertheless, the wait is now over as the company has officially announced the price tag for KeyMission 360. The camera would be made available from October month for USD 499.95 (approximately Rs 33,500). Alongside unveiling the price of KeyMission 360, the company also announced two other action cameras in the course of Photokina 2016. Both the newly launched action cameras will go on sale from next month onwards carrying a price tag of USD 399.95 (approximately Rs 26,800) and USD 279.95 (approximately Rs 18,800) respectively. As per reports the cameras would make way to India from the month of November only.

First, of the two newly launched cameras i.e, KeyMission 170 is able to capture 360-degree video as it possesses two fish-eye lenses. The camera is able to capture 170-degree field of view and to add to its list of features is the fact that it is not only waterproof but is also shockproof and freeze-proof. It sports an 8.3-megpixel CMOS sensor, f/2.8 aperture and supports 4K or full-HD video capture. 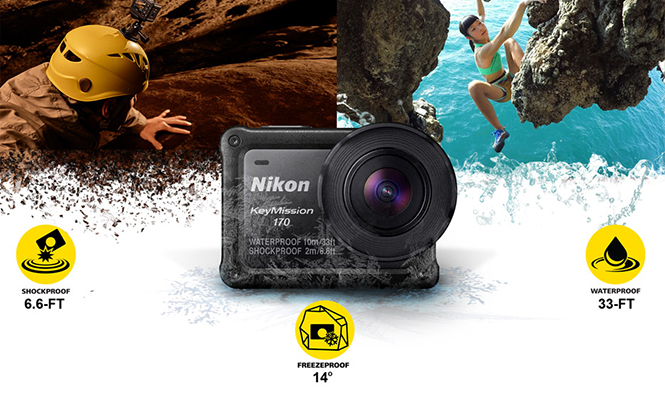 The absence of optical stabilization will surely be a downside for many, however, the company has tried compensating for it by giving electronic vibration reduction to reduce the bumps and shakes. Additionally, the camera also comes with a rear-mounted LCD display allowing the users to get a live-view of things with support for playback and changing other settings of Wi-Fi, Bluetooth. Last but not the least, the camera also comes with a tripod stand. 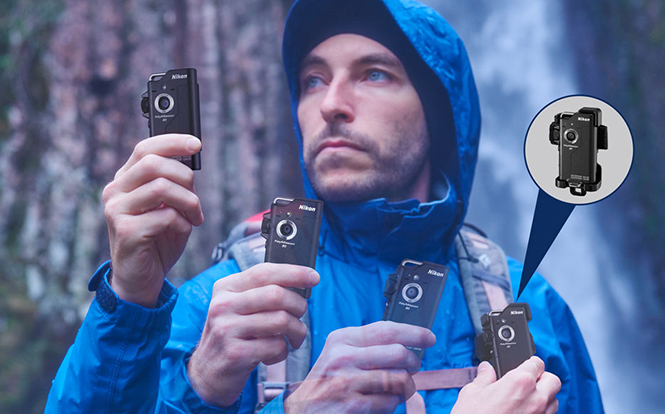 The latter of the two i.e, KeyMission 80 gives the feeling of being a wearable action camera and is designed to be used as a vertical orientation. It additionally comes with a holster so that users can clip it onto their bag packs or hiking gear. It features a 12-megapixel main sensor with a f/2.0 lens and a secondary ‘selfie’ 5-megapixel camera with a f/2.2 aperture. It’s also weatherproof and comes with a 1.75-inch LCD display for framing shots and viewing content and supports Nikon’s SnapBridge app thanks to the built-in Wi-Fi and Bluetooth. Watch the KeyMission 80 live in action from the video below: