The Japanese multinational electronic firm, Panasonic, has introduced a new firmware update for their GX8, G7 and FZ300 series of Lumix Cameras, that includes the new 'Post Focus' feature designed for use with non-moving objects, like portraits or landscapes. Post Focus is nothing but an automated version of what's typically called focus bracketing. The camera will take various photographs rapidly, while the lens keeps on moving through its focusing range.

This new technological function encourages photographers to shoot first and focus later. The best part is photographers can select whichever part of the image they want to be in-focus, with an easy single touch operation. This is actually a common technique called ‘focus stacking’ often used by macro photographers. It is developed with Panasonic's existing 4K photo technology, preventing out-of-focus misshots plus offering greater creative freedom. 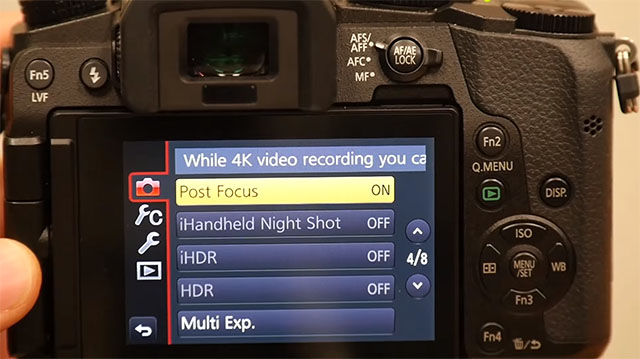 Operating the Post Focus function is straightforward and easy. The feature appears in a menu option called ‘Post Focus’ in the settings. After turning it on, the camera will start shooting a plunge of photos at 30fps and 4K resolution to create a set of images that all carries different focal intervals between them. ‘Post Focus Play’ option allows you to review your shots. After tapping on this, the camera gets refocusable. Users can also use Focus Peaking, 5X magnified view and fine adjustment functions to loop this process to get diverse images as many times as they want from the original picture.

As per PetaPixel, Post Focus will be available on DMC-GX8, DMC-G7 and DMC-FZ300 through the version 2.0 firmware update that will be rolling out later this week.

Moto G7 and Motorola One Launched In India With Dual Rear Camera And 4GB RAM
Views: 740