The Taiwanese electronic manufacturer Acer has recently introduced its new affordable gaming laptop Nitro 5 Spin which is based on the new 8th Generation Intel Core processors. It is a convertible notebook designed for casual gaming and other uses. It also equips the NVIDIA® GeForce® GTX 1050 graphics for enhanced graphical experience for gamers. The new Acer laptop with its 15.6-inch Full-HD IPS Touchscreen display and two front-facing speakers powered with leading audio technologies is perfect for playing games, browsing photos, and watching movies.

The Acer Nitro 5 Spin has been kept in the budget-price segment for casual gamers. It will be sold with a starting price of $999 (around Rs. 64,000) in North America and at EUR 1,199 in Europe from October this year. 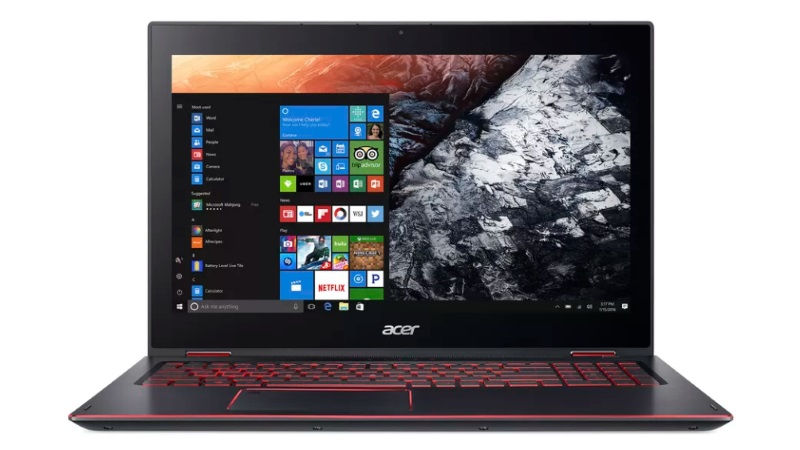 The company says that Acer Nitro 5 Spin is capable of providing an amazing gaming experience to users with its flexible design, powerful technologies, graphics and components, touch display and other features. The battery of the laptop can run continuously for up to 10 hours making it suitable for online gaming anywhere.

James Lin, General Manager at the Acer Inc., said, “With a convertible design that features four modes, the Acer Nitro 5 Spin is a versatile gaming device that opens up exciting new usage scenarios for casual gamers on the go.” He added, “Power users will also appreciate the great performance and battery life of the Nitro 5 Spin, while enjoying the superb visuals and immersive audio that it delivers.” 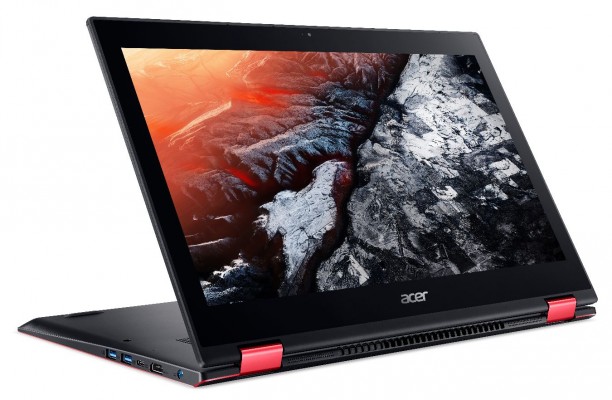 The company VP Chris Walker, during the launch, said that the laptop is powered by the all new 8th Generation Intel Core processor family, which is the most powerful processor of the present time. The new Acer gaming laptop is capable of delivering up to 40% better performance than just last year, which takes the casual gaming to a whole new level. The device along with the integrated Windows 10 OS is one of the best laptops for casual gamers.

To recall, Acer Nitro 5 Gaming Laptop has been recently launched In India with a price tag of Rs. 75,990.

It is a convertible 2-in-1 laptop which is lightweight and powerful enough to handle high-level casual gaming activities.

The laptop will be available in North America and Europe from October 2017.