The tidings about upcoming Consumer Electronics Show is becoming more intense day-by-day. And, to make this event more recreational and diverse, South Korean tech giant: LG has announced to exhibit its latest webOS 2.0 smart TV platform at CES 2015, which is going to be held from the 6th January to January 9 in Las Vegas.

To remind you, webOS had been initially developed by Palm as a mobile operating system, which was the assets of Hewlett-Packard for a while, but later sold to this Conglomerate Corporation. Apart from TVs and smartphones, this OS has been also rumored to make its arrival in the emerging space of smart wearables.

As per LG Electronics, the newest version of software will enhance the features found in current generation of Smart TVs as well as assimilates captivating attributes to bring an amazing user experience. Here, company is mainly focusing on speed, for which power-on boot time has been reduced by 60 percent and it has been said that content switching such as from home screen to YouTube will be smoother and faster. 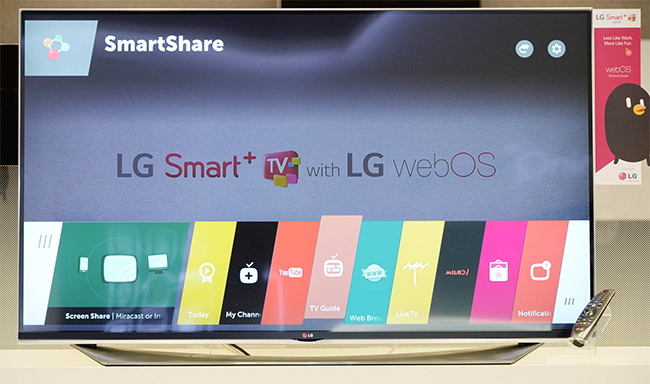 Additionally, users will find a new app, called My Channels that will capacitate the folks to access favorite live TV channels from Launcher Bar. The firmware will confer an upgraded Input Picker option to recognize plug-in devices for instant use and it is loaded with quick settings mode, whereby viewers can adjust the TV without interruption.

This Multinational firm has also partnered with content providers such as Amazon and Netflix, so that consumers can enjoy 4K resolution content of these services. Notably, company has received a tremendous response since the inception of its state-of-the-art TV system and it had sold more than five million webOS powered televisions within 8 months after its introduction.

Samsung, LG, Vivo, and Others Have Shut Its Smartphone Production in India
Views: 9717