French multinational electronics based Archos recently unveiled 50f Helium and 55 Helium smartphones before IFA 2016 and now the company has launched its new selfie-focused Android smartphone on Tuesday. The newly launched device dubbed as 55 Diamond Selfie has been priced at EUR 199.99 (approximately Rs 15,000) and will be available from starting September. Archos has also announced a Lite version of the new smartphone, which will be available blessed with 3GB of RAM and 16GB of inbuilt storage priced at EUR 179.99 (approximately Rs 13,500) and will hit the techno market in October.

The smartphone can be acquired via company's official website and through its distribution's channel as well. The Archos 55 Diamond Selfie will also be seen at IFA 2016, which is going to be held on Friday in Berlin. 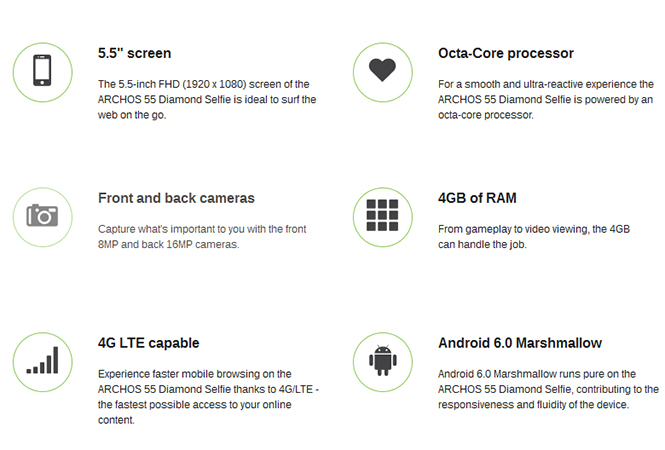 The new 55 Diamond Selfie Android smartphone comes with Dragontrail glass on both front and back side of the device. The Dual-SIM smartphone runs Android 6.0 Marshmallow and is powered by an octa-core Qualcomm Snapdragon 430 (MSM8937) processor clocked at 1.4GHz. It includes special features like Now on Tap, app permissions, and Doze. 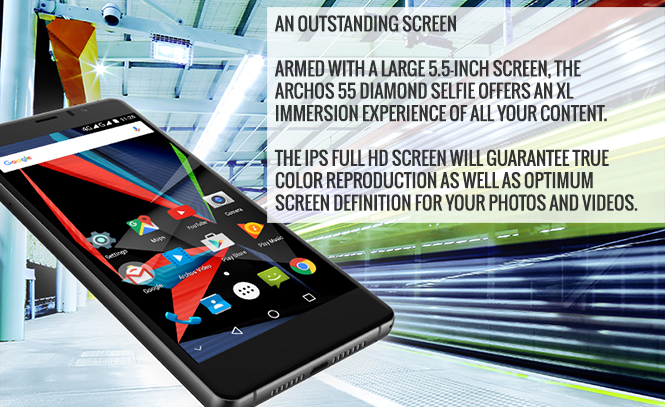 The latest GSM handset bears a 5.5-inch full-HD IPS display of resolution 1080X1920 pixels. On the memory part, the selfie-based handset is blessed with 4GB of RAM and 64GB storage which can be further expanded up to 128GB via microSD card. It is packed with a 16-megapixel rear camera with LED flash and an 8-megapixel front shooter and with screen flash feature for shooting selfies.

The rear camera is capable of 1080p video recording. The company claims the rear camera to be equipped with Qualcomm's Ubifocus technology. Connectivity options include 4G LTE, 3G, GPRS/ EDGE, GPS/ A-GPS, Bluetooth, and Wi-Fi 802.11 b/g/n. Backed by a 3000mAh battery and a Qualcomm's Quick Charge technology support, the device also sports a fingerprint sensor on the back.