Archos Brings A Range of Smartphones Under Helium Series

Archos the popular French smartphone organization is making way to unveil a range of smartphones at the upcoming IFA 2016 event to compete against brands like Sony, Lenovo and Samsung. As per the reports, the company has brought two new series under the moniker of the 50f Helium and 55 Helium. Not just this, the company has also promised to make these smartphones available on a global basis from coming October.

Starting with the 50f Helium Android smartphone, the company has clarified that it will be made available both via the company website and through local retailers for a price tag of GBP 99.90 (approx Rs 8,800). In terms of specs, the handset is reported to feature 5-inch HD IPS display along with a fingerprint sensor. Pop the hood and you will find a 1.1GHz quad-core Snapdragon 210 SoC controlling the device with the addition of 2GB of RAM and Adreno 304 GPU. The handset offers 32GB of inbuilt storage capacity that can be expanded up to 128GB using an external microSD card. 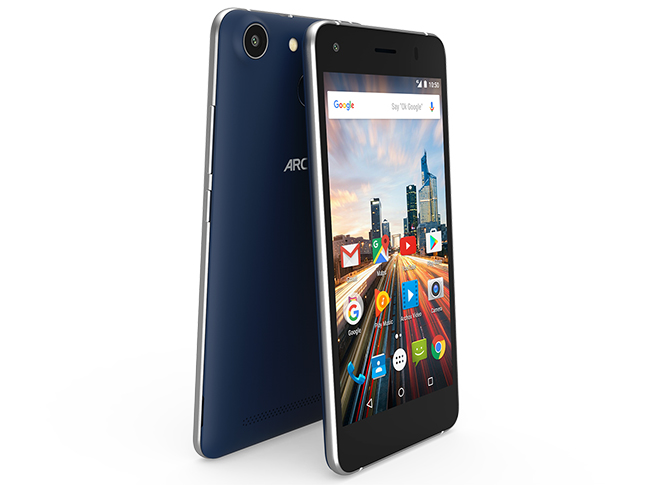 In terms of camera specifications, the GSM-handset bears an 8-megapixel back camera with autofocus and LED flash, coupled with a 2-megapixel selfie camera. The Archos 50f Helium cell phone packs a 2000mAh removable battery with Qualcomm Quick Charge feature and supports 4G LTE, Wi-Fi 802.11 b/g/n, Bluetooth 4.0, GPS, and FM radio options in terms of connectivity. The Dual-SIM smartphone operates on Android v6.0 Marshmallow OS out-of-the-box and dimensionally measures at 144x72.2x9.1mm, with a weight of 158 grams. It's lighter variant i.e, the Archos 50f Helium Lite comes with 1GB RAM and 8GB of inbuilt storage. The company is planning to reveal it at a price of GBP 79.90 (approx Rs 7,100) from October only.

Also Read: Archos unveiled Diamond 2 Note and Diamond 2 Plus ahead of MWC 2016 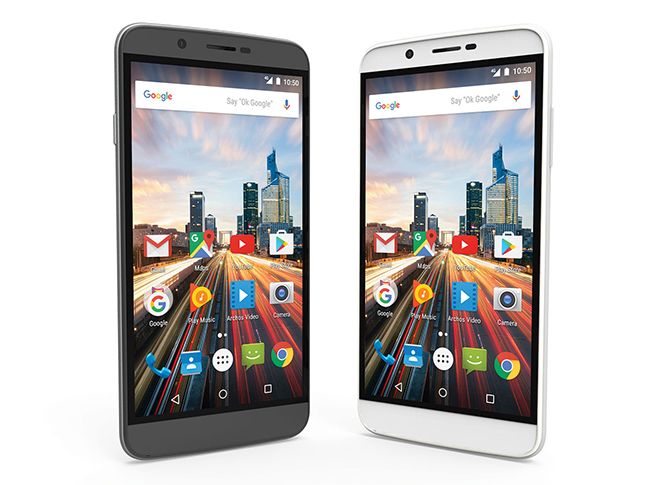 The next in line series that the company has launched is the Helium 55 series whose topmost handset i.e, the Archos 55 Helium Ultra, is featured with a 5.5-inch HD IPS display giving a resolution of 720x1280 pixels and is fueled by a 1.3GHz MediaTek 6737 quad-core SoC with 3GB RAM and ARM Mali T720 MP1 GPU. The memory capacity, camera, and connectivity option remains the same as showcased on the 50f Helium smartphone. However, the device packs a little bigger 2700mAh battery that allows it to last for nearly 160 hours of dual-SIM standby time. The device dimensionally measures at 155x77x8.1mm and carries a weight of 162 grams. It has been priced at GBP 119 (approx. Rs 10,500). 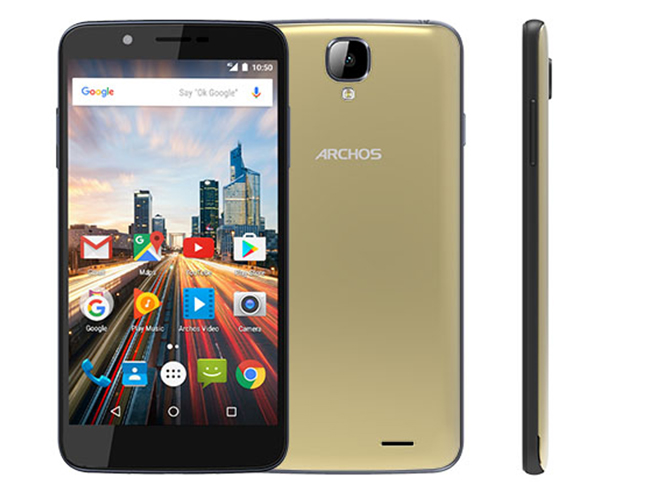 The next lower sibling of 55 Helium Ultra smartphone being termed as the Archos 55 Helium 4 Seasons accompanies a 1GB of RAM, 16GB of inbuilt storage capacity, and 4 back casings at a cost of GBP 100 (generally Rs 8,800). The last of the three i.e, the base variant called Archos 55 Helium is evaluated at GBP 89 (nearly at Rs 7,900) and comes with 1GB RAM and 16GB onboard storage. While the first two would be made accessible for purchase from the month of October, the last base variant would likely make its way into the market from September onwards.