Just before the event at CES 2017 on Wednesday, Qualcomm has accidentally revealed company's upcoming Tango smartphone powered by its Snapdragon 821 processor. If Qualcomm's blog is to be trusted, Asus is set to disclose the ZenFone AR smartphone at CES this week - a smartphone that is both Tango-empowered and Daydream ready. 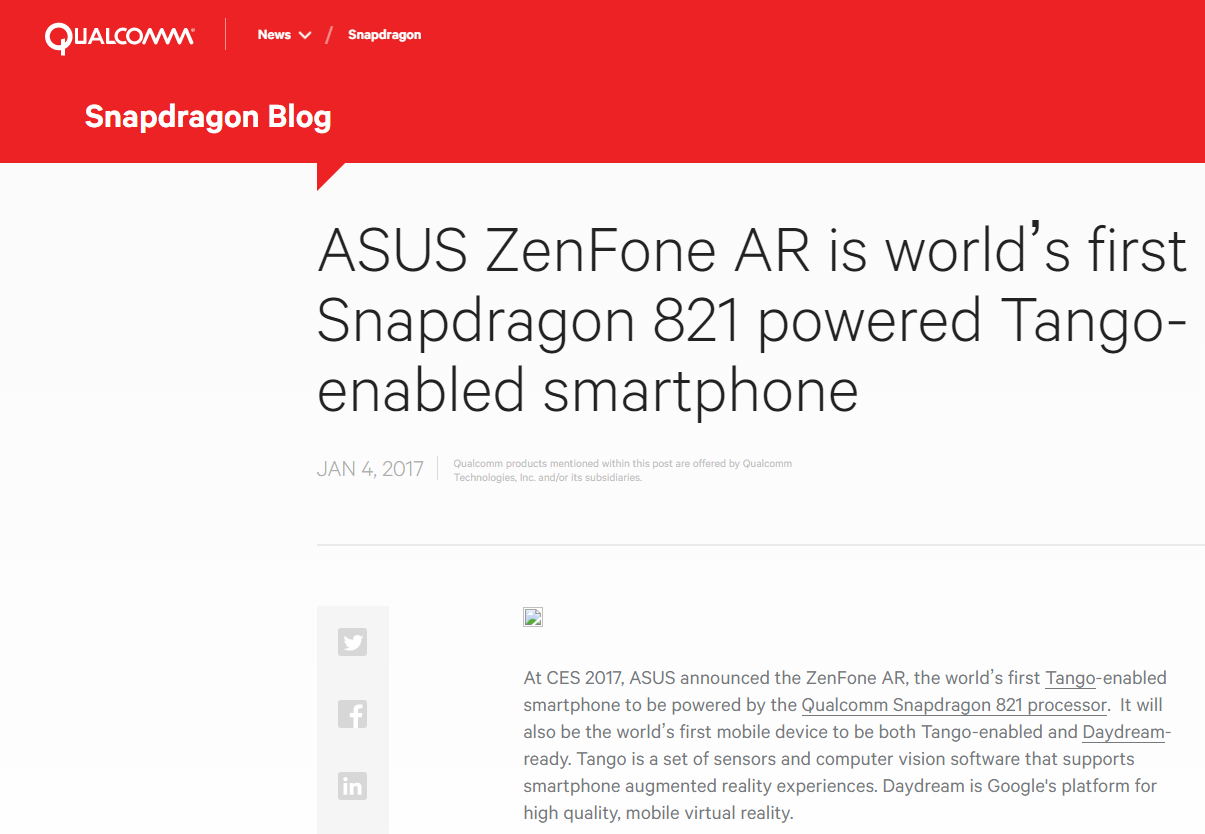 Qualcomm soon realized its mistake and has removed the blog entry, however not before GSMArena and others spotted it. The post uncovers that the Asus ZenFone AR is the world's first Tango-empowered and Daydream-ready smartphone. The Snapdragon 821 processor is seen on the Google Pixel and the OnePlus 3T too. Just to recap, Tango developed from Google's Project Tango mission to leverage augmented reality on a smartphone. The first smartphone to be fueled by Tango was the Lenovo Phab 2 Pro, and now the Asus ZenFone AR is set to be the world's second.

Asus was hoping to do a big launch at CES, but Qualcomm let the truth out somewhat early. Significantly tipster evleaks spilled photos of the Asus ZenFone AR demonstrating the front and back of the gadget. The leak demonstrates a smooth looking gadget with a beefy camera setup at the back. There's a Home Button in the front, and that is likely where the unique fingerprint sensor will be inserted. 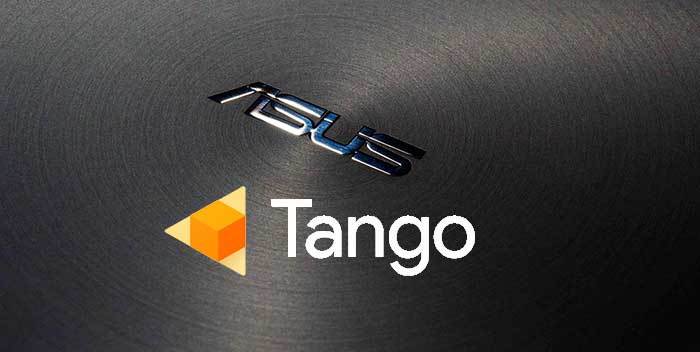 Right now, there's little else that is known about the Asus ZenFone AR. More about the device will be revealed from the grand stage of CES 2017 on Wednesday when the smartphone will be officially disclosed by the Asus.

Let us Know All About Asus 6Z With Unique Rotating Camera Setup and SD 855
Views: 1682