Soon after launching a low-cost smartphone: Campus Q405, Celkon has brought yet another mobile phone of same category, which has been named as Millennia Q519. Notably, this new creation of homegrown mobile maker has been cataloged on the official website with full specifications, but price and availability details are still unknown.

Talking about the specs of Celkon Millennia Q519, it features a 5-inch IPS display with a pixel resolution of 480 x 854p. The dual-SIM supported gadget offers 3G, Wi-Fi, GPS, Micro-USB and Bluetooth options on the connectivity front. In terms of imaging, handset is fitted with a 5-megapixel rear autofocus camera with LED flash alongside a 3.2-megapixel front camera. Fueled by a 2000mAh battery, device looks capable to deliver sufficient lifespan for talk time and other necessities. 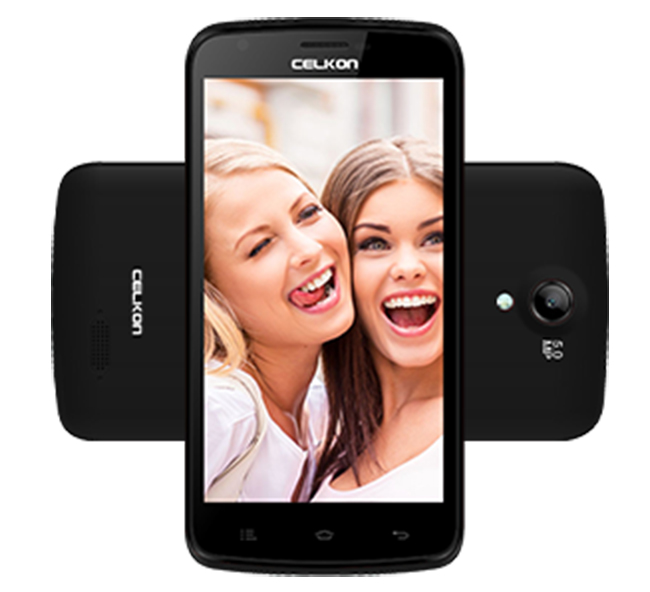 Running on Android 4.4 KitKat operating system, Millennia Q519 is paired with 512 MB RAM along with 4GB of inbuilt expandable storage, which can be extended up to 32GB by using a microSD card. The novel member of Celkon Millennia family is power packed with a Quad Core processor clocked at 1.2 GHz, but its chipset has not been mentioned in listing.

Moreover, device houses gravity sensor, measures 145.2x73.2x9.4mm scale and weighs 169 grams. In addition,  prospective buyers will be able to choose among Black, Sky Blue, Blue, Green, Red and White color models. However, price of the gadget is a mystery yet, but after judging the above mentioned specs, we can expect its arrival in the array of low-priced handsets.